Interview With David Brent From Caves 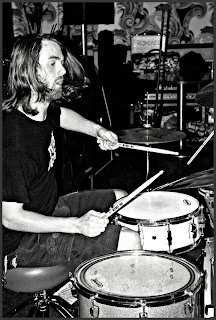 Critical Mass - Thanks for taking the time to talk with Critical Mass guy's. Can you give us a little history on the band? How and when did you get together?

Dave Brent - (Singer/guitarist) Lou(ise Hanman) and I met through a mutual friend after she moved to Bristol from Liverpool, we were both looking to form a new band and so it all went from there. We've been together from 2009. Minty (bassist Jonathan Minto) joined us late last year and because we've been playing so much we've really honed our sound.

CM - The bands new album "Homeward Bound" just came out this past July. And you recently did a tour in the U.K. with Sundials. How was it touring with Sundials?

DB - Touring with Sundials was great, they are all ace guys and really easy to share a van with.

CM - Are there any plans to cross the pond and visit us here in the U.S. in the near future?

DB - Yes we are playing Fest 10. We'll be doing Tampa Pre-Fest on the Wednesday prior to Fest and Gainesville Pre-Fest on the Thursday at 1982. We've also got some tentative plans to come over sometime in the
Spring next year. 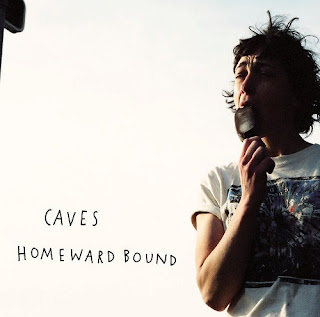 CM - You also have a split with Sundials that just came out a few weeks ago. Is your catalog available in the States? Or are your records imports only?

DB - You can get our split with Sundials, the LP and I think our split 10" from Kiss Of Death Records, other than that Interpunk stock both our CD's and also the LP.

CM - Besides the new album and split, the band also has a track that will be available on a Tsunami Benefit comp that's in the works. How did you get involved in this project?

DB - Akihiro, who runs Eager Beaver Records, distributes loads of bands from outside of Japan. He got in touch with Specialist Subject about using a track off of the new album and we were stoked to be involved. The guy does an awesome job in getting bands heard over in Japan. And this comp is a way of helping those affected in the recent Tsunami.

CM - Do the 3 of you have a hand in songwriting? Or is there 1 major songwriter in the band?

DB -  Lou has been the main songwriter. When Minty joined the band he has written a few and they've started collaborating also. Things are getting really exciting in that respect!

CM - Who are some of the bands influences?

DB - We're not the most versatile band. Whatever we write comes out sounding like it does because that's just how we play. As far as band influences, we love Lemuria, Superchunk, Good Luck, Latterman, Iron Chic, Lawrence Arms, loads of 90s stuff. Not to say we sound like any or all of these but that's just what we love listening to I guess. 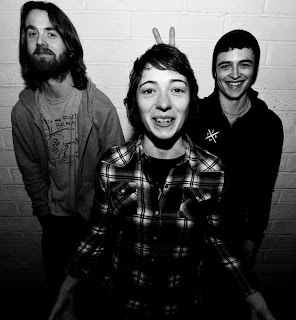 CM - With the year drawing to an end soon, will there be more tour dates coming up?

DB - Yeah we've got a few shows with RVIVR when they're over in the UK, plus a very short sprint over to France in November with our friends OK Pilot. Maybe some more little weekenders in the UK also.

CM - Is there any websites that you would like to plug? Any place where fans can get up to date news on upcoming releases, tour dates and merch?

CM - I really love your sound and songs. I wanna thank you all again for taking the time to talk with Critical Mass. I hope we get to see you in Chicago at some point. Thanks again.
Posted by Critical Mass at 7:07 AM