Friday was a day of mourning the loss of one of Chicago's own, Mr. Erik Kish. But we're back today with a brand spanking new "My Personal Top 10" with a man who should have his face plastered on the $100 dollar bill! Former Bomb guitarist, former Detroit native, current Chicago personal chef and all around nice guy! Ladies and gentlemen, John Maxwell.

Top 10 Probably in no order:


Sam Cooke:  There’s something wrong with you if you can’t dig Sam Cooke.  I don’t know how to dance, but Sam makes me wanna learn.  Face it; these are three minute masterpieces that transcend genre definition and just groove.


Electronic Guitar Tuner:  I’ve mentioned these before and gone on a length about how important they are.  I don’t wanna hear any band that doesn’t own one of these-ever.  It changed everything for me and my guitar playing became less retarded.  How can you underestimate that?


Cuisinart:  Oh my god, I am a kitchen genius with one of these.


Growing up in Detroit:  Go ahead and mock Detroit, but I’m glad I grew up there.  People like to have a good time in the motor city. That means there’s plenty of lee way to form and force a band that sang songs about snowmen, bizarre sexual practices and Goebel light beer on the generally receptive populous.  Some of the best songwriters, drummers, bassists and lyricists ever, anywhere are from Detroit.  I know, I’ve played with them.  Also, being from Detroit, when you travel to other cities, nothing really shocks you.  It’s fantastic-you’re a world weary traveler without all the pesky expense of visiting Europe or that other super yucky continent. 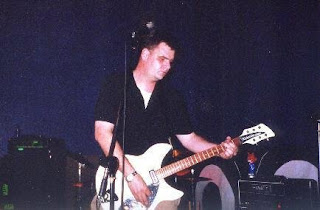 Moving to Chicago:  I might be glad I grew up in Detroit, but Chicago is the best city I’ve ever seen.


Getting my sharpshooter qualification:  Don’t play with guns kids.  But seriously, there’s something about learning how guns work and the discipline involved in hitting the target that shows you how to grow beyond yourself.  I am not talking about killing things and I’m not a gun nut.


Hearing The Residents on Dr Demento:  This was the weirdest thing ever.  When I heard this, I realized there was a whole lot more music out there than I had ever realized.  Then someone played me, or I heard Holiday Inn Cambodia.  After that I this insatiable and curious music fan.  This led to discovering The Damned, Eater, Buzzcocks, Effigies, etc.  Music was never the same again.  Which leads me to…


Seeing DOA at the University Of Windsor:  Probably the most intense combination of flat out rock meets politics. Totally burned into my mind.  Midway through the set, Joey Shithead came out dressed as a gun toting priest, complete with pulpit.  It was fantastic.  I would never listen to Styx again. 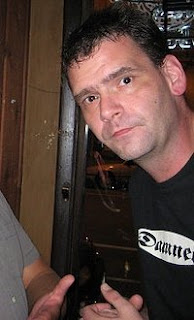 Kitchen wisdom:  A chef I admired when I first started cooking once said: “You cannot make people like things.”  Life got easier, or at least more understandable after I groked this.

Posted by Critical Mass at 7:59 AM