Interview With Mike Carlson and Nick Sintos of The Flips 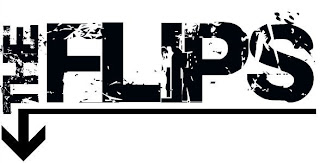 Editors Note: "I’ve said this before, and I’ll say it again…I’m a MUSIC lover. It doesn’t matter if it’s rock, pop, country, soul, funk or R&B. If it moves me to the core, it’s good. I know that a lot of what I do here at Critical Mass is based around punk rock. But today I’m giving a shout out to a great band called The Flips who’s debut EP “Damn You & Damn Me, Too” just came out on December 16 is 7 great songs worthy of any music lovers collection. Here in one of the bands first interviews is singer/guitarist Nick Sintos and drummer Mike Carlson. Thanks and congrats so out to members Dustin Martin (guitar), Annette Nowacki (multi instrumentalist) and Michael Romano who could not be with us during this interview. But with any luck a FULL band interview will hopefully take place sometime in 2012"
Critical Mass: Thanks for taking the time to talk with Critical Mass guys. For anyone new to The Flips, can you give us a little history on the band and how you guys got together?
Mike Carlson: The Flips go way back to 2004. Nick and I met in high school and discovered a similar taste in music. He had been playing around with a guitarist (he played bass way back then) so I jumped in on drums. We had recorded a bunch and were never really happy with the end result but we kept at it.
Nick Sintos: Yeah, I was away at school between 2005-2009. We still remained a band, but never really was able to put our all into it.
MC : In 2009, we jumped back in the studio but ended parting ways with our guitarist in the middle of recording. Nick and I were really at a loss since half the songs were his, so we scrapped the whole thing and started anew. Nick picked up a guitar and started writing new songs and we worked on them for about a year, trying to build up a brand new band, essentially. Dustin came in off of Craigslist as a bassist, initially, and kind of made his way over to second guitar when we decided to thicken up the sound.
NS: The moral of that story is not everyone off of Craigslist wants to murder you. True story.
MC: Soon, we crafted what we thought were the best seven songs we had. Back to the studio we went. Nick, Dustin, and I recorded everything you hear on the album. Then arose the gargantuan task of finding musicians to fill out all that noise we made. We have been on and off with a handful of bassists; Mike Romano is playing with us right now. Annette was a super late addition to the band. She joined a few weeks before the album release and has done smashingly. 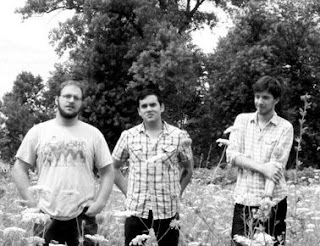 NS: You know…that old chestnut…  In all honesty, I consider this band’s start date to be Dec. 16th, which is when our EP was released. We are a band that has finally figured out who we are supposed to be after years of being immature and clueless. We’ve been bar mitzvah’d.
CM: Your debut EP "Damn You & Damn Me, Too" just came out literally a few weeks ago. And it's a great release. It actually made our Top 10 EP's of the year for 2011. How has the general public responded to the EP?
MC: So far, we’ve been getting nothing but positive remarks about it. Now it’s on iTunes and people have been downloading and rating it positively. It’s always very nice to see that kind of data-driven, numbers-based stuff. When we had our release show at the Ashbary Coffee House this past December and we could see people moving and nodding and really digging the songs- I can honestly say that has been the most fulfilling way we’ve gotten feedback.
NS: I think the fact people haven’t rioted in the streets setting fire to copies of it really is a testament as to how not awful it is.  We put a lot of work into it, and we hope that it shows and people can appreciate that.  I feel that is something you can only find in this independent artist scene, which is hardwork and honesty. That can take you a long way. People aren’t stupid; they can tell if your sincerity is contrived or not.
CM: I love your sound and style, and hear so many different influences in your sound. Who are some of the bands musical influences?
NS::  As the songwriter, I want to write the kind of music that I’d actually enjoy listening to, so I draw a lot of inspiration directly from some of my favorite bands.  I love that super large rock sound from  the Foo Fighters , and the fuzzy noise rock from the Silversun Pickups. Anyone who knows me knows how much I love Manchester Orchestra, and Max Bemis and Say Anything are always in rotation for me.  The biggest thing I took from the Beatles was Paul McCartney’s scream, and, while I’m born and raised in Chicago, my dream really is to be southern rock band from the 70s. 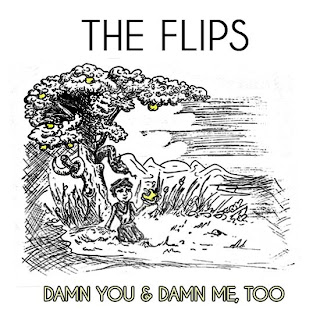 CM: I know you guys released the EP on your own without the help of any labels. Has any indie labels scouted you guys out for a possible release later on? Or are you going to continue releasing your own material?
MC: This EP was a ton of work on all fronts. It’s crazy just how much legwork and business goes into recording and releasing an album. Thankfully, we caught a break with a great studio and an engineer with a boatload of patience. It’s been a very rewarding experience and one that will hopefully pay off for us. That being said, label assistance is always great- especially from smaller ones that are truly behind the artist.
NS: There is this aspect of being in a band, the business/marketing side, that people don’t see. I wish we could just write, record, and play shows, but it’s so much more.  We are basically learning as we go. It can be frustrating more often than not, but we keep at it, because it let’s us do what we love. 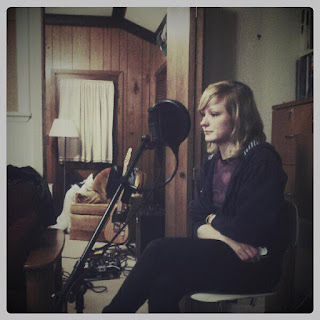 CM: When it comes to songwriting, is it a group effort or does everyone bring certain songs to the table when it comes time for new material?
MC: This time around, writing was strictly Nick and I working out songs he had written on his acoustic. We spent a few months doing shitty basement demos and really trying to figure out exactly how to pull off the stuff we had in our heads. When recording came around, we laid down the majority of the tracks and then Dustin came in and added his parts. Now, the band has had time to groove together and really become a cohesive thing. When we screw around with ideas at practice, it’s become a band effort with input from everyone.
NS:  I do normally write all the songs on an acoustic guitar. Then I’ll come to the band with either a completed song, or maybe just a verse or a chorus, and we’ll just go from there.
CM: I know you guys are from Chicago. But has the band played any gigs outside of the Chicago area or in other states?
MC: We’ve played a bunch of places in the suburbs, and DeKalb, too. Nick went to NIU over there.

NS:  That local scene will always hold special place in my heart. Mike and I have played a lot of really fun shows there. 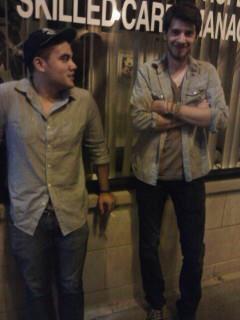 CM: Are there any plans for a possible tour in the near future?
MC: Right now, we’re trying to spread the good word in Chicago and the suburbs.
NS:  Yeah, we are in the process right now of booking a mini Midwest tour within the next few months.

CM: I know this is kinda early to be asking...but will we be seeing a new release by the band in 2012? Maybe a full length album?
MC: We’re always working on new song ideas, but the goal right now is to get our name out there and play the shit out of those seven songs. That being said, the future is a goofy thing, so there’s always a maybe.
NS:  It’s kind of weird. I wrote the songs well over a year ago, and they are these really personal almost diary entries, and I’ve felt like I’ve just held them close to my heart for so long, and now they are out for people to listen to, I almost don’t want to play them anymore!   But no, we will back this EP for as long as we feel is necessary, and like Mike said, I’m constantly writing, and the band is always coming up with new ideas, so we always have something on the back burner.
CM: Is there any websites you wanna plug where we can get up to date news on shows, new releases and merch?
NS:  We are working on getting an official website, but right now you can hear our music at our Bandcamp or Facebook. You can find “Damn You & Damn Me, Too” on iTunes and Amazon. I also want to direct other bands or artists in need of making a record to check out The Jungle AE. Alex Cruz engineered our EP, and we think he did a fantastic job.  He’s mainly a hip hop guy, but he busted his ass and got us the sound that we wanted.
CM: Thanks again for talking with Critical Mass. I really enjoyed your debut and I hope to hear more from you guys this year. I wanna wish you guys all the best in 2012. Thanks again guys.
NS: Thanks!
Posted by Critical Mass at 8:09 AM