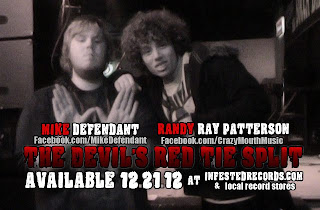 Critical Mass: Thanks for taking the time to talk with Critical Mass, guys. For anyone new to Mike Defendant and Randy Ray Patterson, can you guys give us a little history on how you got to be where you are right now?

Mike: Story Time! Haha... When I was 15 years old I was in a band called The Defendants. Did that for about 4 years...then started a folk group called This Means Nothing...hit it and quit it to moved on to my solo project!

Randy: Mike and I are very different when it comes to music. We have different tastes and different styles, but we have an identical passion for music. I think we both want to be able to spend our lives performing more than anything else, and that's the foundation of our friendship. We met in high school and both played guitar at the time. I was in The Defendants with him for about a week. Then as time went on, we sort of branched off for a while. A few years later, I got into rapping and wrote and produced a couple dozen songs, when I showed Mike my stuff, I could tell he was intrigued. Mike started his solo acoustic act and started sneaking me onto the bill whenever he got booked. Today, we perform together a lot and bill ourselves a "variety package." We have plans to tour together as well, so stay tuned... 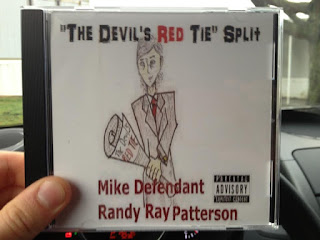 CM: The new CD "The Devil's Red Tie Split" is out now on Infested Records. Blending two different styles of music on this split was a bold move. How did you guys come up with the idea of releasing 4 acoustic/punk songs and 4 hip hop songs on the same album?

Mike: Randy and I have been friends since grade school so we decided to collab!

Randy: I've always felt that genres divide music in an unproductive way. I think it limits folks when it comes to music, because it puts a cap on what they will and will not listen to. I mean, if you say to yourself: "I don't like rap," then you've just shut your brain off to thousands of songs. For me, I listen to one song at a time and pay no attention to what style it is, because I think every song deserves a chance. Mike and I represent two extremes of music, I feel--opposites--if you will, and for me, this split is about illustrating how different genres can coexist.
CM: Can you give us some of your musical influences?
Mike: The Casualties, Minor Threat, Slayer, Germs, The Exploited. H2o, Tupac, WU TANG CLAN, Black Flag. Misfits...just to name a few.
Randy: Long before I started rapping, I saw the movie, 8-Mile, and while I hate to be another white rapper who cites Eminem as one of his influences, I really felt a peculiar connection with Mather's character when I watched that movie, which was especially strange considering that I actually loathed rap and hip-hop at that time. I'm also influenced by Pink Floyd, Queen, and Tom Petty. But I think it's important to note that while I cite these artists as influences, I've never felt myself attempting to emulate anyone during my process. 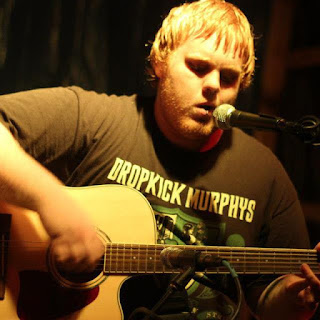 CM: So, you guys will be hitting the road in support of this release. Will it be a full on cross country tour? Or east coast and the Midwest mostly?
Mike: Basically...as far as Randy will take me. I don't have a car.
Randy: I think the short answer is 'we don't know.' There are so many places we want to go, but we have limitations that we need to consider such as our mode of transportation, and budget. We're considering living out of my small, 1998 Monte Carlo for a period of time, busking, and essentially being homeless. We want to struggle and hustle for our music, show how much it means to us, and show what we're willing to go through and sacrifice for it. As far as destinations go, we're looking at Chicago, New York, a few places in California, as well as a few others. Our next step is to get our plans together and officially announce and promote the when's and where's of our tour. 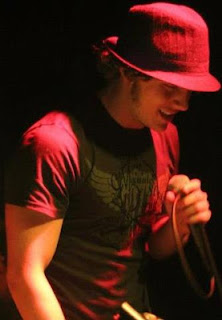 CM: Will there be more shows, after this initial set of gigs, coming in 2013?
Mike: Oh yes! Gigging is my life!
Randy: There will be shows until the day we are both devoured by the monsters that chase us. Ha. I plan to perform even when I have to drag an IV on stage. I know Mike feels the same. I think we'll always perform together as well. So, yes, there will certainly be shows in 2013. 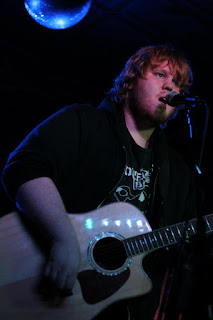 CM: Will we be seeing more split albums from you guys in the near future? Or are there any single albums coming out in 2013?
Mike: I plan on releasing a single album soon. But I would for sure do another split with Randy!
Randy: I would say no. I think The Devil's Red Tie is successful in making the statement I spoke of earlier. That was my only goal with the split. As far as I go, I really don't follow the old-school album format. One has to remember, that I'm primarily a YouTube artist, so I make a lot of videos, and the songs are essentially a massive collection of singles. I'm sure I'll release more albums, but as long as the music gets made, I'm happy. I don't think folks buy albums much these days. People just want to hear songs, and that's okay. 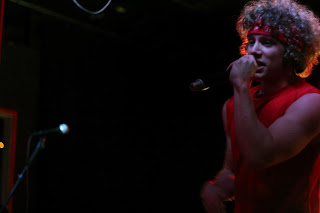 CM: Is there a website you guys wanna plug? Where we can get up to date mews on gigs, new releases and merch?
Mike: I will be working on my full length album "Mike Defendant OUT LOUD" after our mini tour in April. The only website I can really plug is my Facebook www.facebook.com/mikedefendant.
Randy: YouTube.com/KrazyM0uth, Facebook.com/CrazyMouthMusic.
CM: Thanks again for talking with Critical Mass guys. I'm super stoked for what's in store in the new year. Have a great holiday season and we'll be seeing more of you in the new year!
Mike: Thanks for having us man! And congrats on taking management of Infested Records! I look forward to our future together.
Randy: Anytime!
Posted by Critical Mass at 11:13 AM