Interview with Jeff Hancock from Hopewrecker 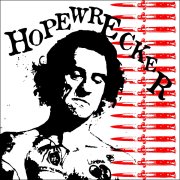 Critical Mass: Thanks for taking the time to talk with Critical Mass, Jeff. For those new to Hopewrecker, can you give us some history on the band and how you got started?


Jeff Hancock: Thanks for having me! We started around Fall 2011. We all come from other bands and had played together before but I personally hadn’t been in a band for a long time. I’ve really never stopped writing songs though and all of sudden I was coming up with a bunch of great songs and that inspired me to get everyone together and bash them out. Things started moving pretty quick and response has been really good so far.

CM: I know the band’s in the process of finding a label to release your debut 7". How that hunt going?


JH: Well, we’re still looking as of right now. We’re asking around and reaching out to labels from all over the world. It’s tough you know? It’s a lot to ask of someone to drop a chunk of money on making a record for you. We are actually working on a couple split singles though. One is with The Jetty Boys from Wisconsin and another with Brick Mower from New Jersey. These are going to be split label releases and we’re still trying to get a second label to go in on each one. Once the labels are confirmed then things will really be rolling.  Both of those bands made some of my favorite releases from the past couple of years so I’m really crossing my fingers that they happen. My dream is to build up a huge discography for Hopewrecker. I really think we’ll be lucky enough to release a few 7”s this year, between our own EPs and splits. 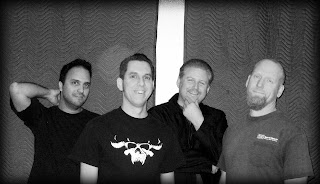 CM: I had the chance to review your demo for Critical Mass and was greatly surprised at how well it sounded for a demo. Did you guys record the demo on your own?

JH: Dude, thank you for the compliment! Your review was so fucking positive it really floored us. It reads like we paid you huge amounts of money…which I swear we didn’t. Yeah we did everything ourselves at home. I’m lucky that between Jon and Wal there’s all the equipment and know how to make some great sounding recordings. It’s really a luxury. We are able to record songs for projects as needed.

CM: I hear a lot of pop punk influences in your sound. Who are some of the bands musical influences?


JH: I love pop punk and definitely knew I was going for some specific sound. When I say pop punk I mean primitive beats, catchy riffs, fun lyrics and major hooks…old Lookout stuff. For this band I’m usually thinking about a band like The Riverdales or The Descendents but also just classic melodies and inspiration from old girl groups and forgotten records from the ‘50s and ‘60s. People hear all sorts of influences in our songs, some of which I never noticed…Turbonegro, Swingin’ Utters, Fifteen, Naked Raygun…I’ll take all of those as a big compliment.

CM: When it comes to the whole songwriting process is it a group effort or is there a primary songwriter in the group?

JH:  Well so far it’s been just me bringing completed songs to the rest of the band and then they give it a thumbs up or down. As soon as the band started, I already had a whole pile of songs pretty much completely written so there was no shortage of material really. I think from this point on, everyone will be bringing songs to the band. We can all write so I’m excited to see what comes out! 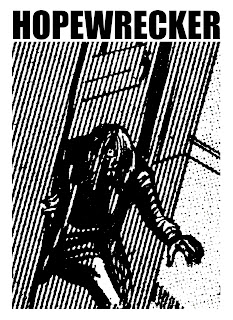 CM: I know you guys have a lot going on with numerous compilations in the works. Can you tell us a little about those comps and when we can expect them to hit the streets?


JH: We did Punk the Halls first, that one came out in December. The next one up is called Give Back and it’s a benefit for a wildlife center up north. We’re on that one with a  bunch of great bands like Rations, Abolitionist, and Crusades. People can get it right now from 1859 Records. We’re contributing a song for this awesome Screeching Weasel tribute that will be out in April with 27 bands on it. People can check our facebook page for the link on where to get it once it’s out. There’s also a Death To False Hope comp that’s in the works right now. That will be a huge honor since they deal with so many great bands. There are two more that I think are for sure but I don’t think I should say just yet. It’s really a lot of fun to be a part of all of these.

CM: Are there any plans on hitting the road for some shows this year? Maybe a possible tour?


JH: There’s no plans right now. We’re all super busy with “real world” stuff so that’s on the back burner for now. 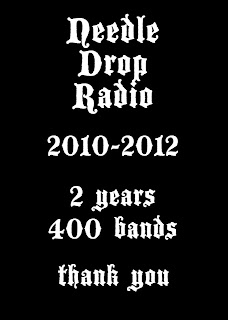 CM: Jeff, I know you had a punk podcast called Needle Drop Radio that recently called it a day. Any plans on getting back into the radio world in the near future?


JH: Yeah, just ended it after two years. Even though it was one of the greatest things I’ve ever done, it was honestly a lot of work so I’m not in a hurry to get back to any radio stuff. I won’t say never, just nothing in the near future.

CM: How can fans and labels get in touch with the band? Is there a website you wanna plug?


JH: The email is hopewreckerband@gmail.com. I started putting a site together but haven’t finished it yet. Right now our Facebook page has all the info, some songs, and people can drop by and say hello or offer to put out a record for us. We’d like that.

CM: Thanks again for taking the time to talk with Critical Mass. I like what you're doing and I hope to get that 7" out and into our hands this year. All the best to you and the band. Thanks again Jeff.


JH: Thanks for helping us out, Chris. Keep up the good work with Critical Mass! 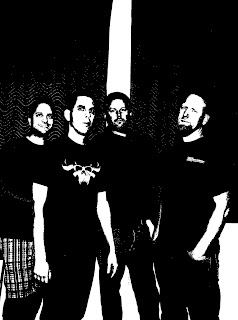 Posted by Critical Mass at 8:07 AM