Critical Mass: Thanks for taking to the time to talk with Critical Mass Jamie. For anyone new to your band Blame Bilston, can you give us a little history on the band and how you got your start?


Jamie Yorke: We roughly started back in late 2011 after I left my other band to focus on a more Punky/Alternative rock sound, which then slowly just progressed into a few live shows and from there we had more than enough songs for an EP, which latter on became our first EP called "Puke".


CM: The bands new album "Ta Ta For Now" has been released. Is this the bands first release? Or is there more material out there?


JY: Well as I stated before we released an EP titled "Puke" which has a slightly heavier sound to it, however if anyone's interested it is also up on our bandcamp page for free download. We've also released a single in preparation for the album, " How Are You?" which also featured a few non album tracks and a cover of "Snuff" by Slipknot, which is also available for free download.


CM: When it comes to song writing, is it a band effort or is there one primary songwriter in the band?


JY: All of our songs are written by me and then I bring them to the band, we jam them out and then if anything needs tweaking, we work on it. 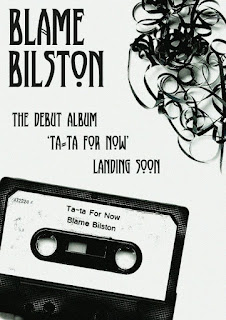 CM: What are some of your personal musical influences?


JY: I'd have to say this is a tough one, because there are so many bands that have influenced me. However I'll try to limit the amount I'll say. Nirvana has to be the biggest influence on my music, just that raw sound and capturing the moment, to me that's what music is all about. Otherwise, Alice In Chains, Foo Fighters, Smile Empty Soul, I could list thousands of bands for you and we'd be here all day!


CM: Has the band ever gone out and toured around Europe? Or have the gigs just been local so far?


JY: Currently no. At this moment in time we're just practising and trying to get everything to sound perfect and then the plan is to do a "mini" tour round the uk over the course of several months.


CM: Once this album drops are there plans for a tour?


JY: As I stated before we're planning on going on a "mini" tour round the UK, however since the album was recorded we have numerous new songs, so we're going to see what happens from there and just keep playing a few local shows, testing the waters so to speak on how people react to the songs.


CM: Will we be seeing any more material this year? And comp tracks or 7" singles planned for this year?


JY: Well, we're thinking of recording another album, the tittle of which is all still up in the air. However we've recorded a lot of new demo's and so I think this year at least, 3 or 4 singles, another album and possibly an EP. 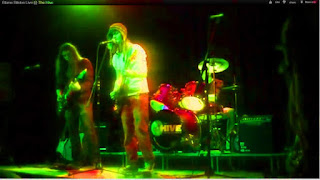 CM: Is there a website you wanna plug? Where we can get up to date news on new releases, gigs and merch?


JY: At the moment, we don't have any plans for a website as we're just trying to get a reputation on facebook and then maybe invest in a website. However all of our releases can either be found on YouTube, Bandcamp and our Facebook page. With regards to merchandise we have been discussing it and just going through a few designs, so hopefully (fingers crossed) we'll have some merch out over the course of the next few months.


CM: Thanks again for talking with Critical Mass, Jamie. I'm super excited to see what the future holds for Blame Bilston. All the best to you in 2013! Thanks again.


JY: No, thank you! And remember go check out Infested Records!