Interview with Marien (Nicotine) Yonkers of The Windowsill 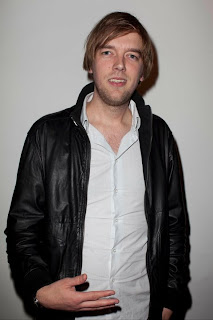 Critical Mass: Thanks for taking the time to talk with Critical Mass again Marien. It's always a pleasure to speak with you. I read recently that you and the other guys in The Windowsill are gonna be releasing a brand new album in 2013. How is that coming along so far? And why are you guys calling it "Showboating"?

Marien Yonkers: So far we have only recorded the drums for 17 songs. Simon Speechless (who also did our debut album) is uploading them into my dropbox as we speak. Ivo made me promise him I would get my guitar checked before we would start recording the guitars. I’m hoping we’ll be done before February with the entire thing…me and my girlfriend will be getting another kid by then. Maybe we will try and do some shows in April and June, we’ll see….

“Showboating” because it kind of stuck with me after I told somebody we were recording about 40 songs this year (together with Giant Eagles). He told me I was “Showboating”…
CM: Will this new album still have the same line-up as the first album?

MY: Yes, definitely!, I like this line-up a lot, I mean, of course I know Ivo and Jerry forever, but they are also two of my closest friends. We do dinner every time before a rehearsal (yes, we are all over 30 now, and therefore, we have dinner like adults) which is a really fun.

I knew Sander a little from other bands he played in before I asked him to join, but now he is my sons favorite band member, so he must be doing something right. On top of that, he brings a different palette to the band, he is (used to be?) a huge Blink 182 fan, so his guitar playing and singing is somewhat influenced by that band, which makes us a slightly more versatile band now…

I say ‘now’, because on the first record Sander had very little to do with the recording process, because the album was done before he really joined. With the second one, that will be different. 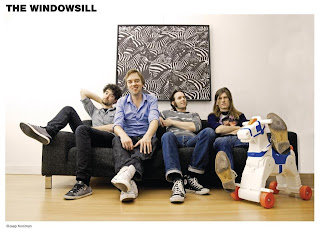 CM: I know all the songs on the debut were written by you or with Jerry Hormone co writing with you. Is that the case with the new songs as well?

MY: Yes, that’s just the way I’ve always written songs, finish them for 70 or 80%, try them out in the rehearsal room with Ivo, fix whatever doesn't work back at home, with or without Jerry, go back to the rehearsal room and be happy… Jamming just doesn't work for me, because I can not play the guitar that well, and I have very limited knowledge of musical theory…

If we jam, we usually end up in Neil Young kinda folky stuff, early Queers fast stuff (we have a song called ‘I sharted’, and goes like you would imagine it would go) or Bon Jovi rock stuff…We suck either way, except at the Neil Young stuff…that actually has Ivo smiling once in a while.

CM: I gotta tell you, as I'm sure you already know, the first album is still one of my favorite albums to date. And it very well may be in the top 5 best debut album of all time, in my opinion. Going into the songwriting process, did you feel pressure to come up with songs that are as good as those 12 on the first album? Or does the songwriting come naturally for you?

MY: I don’t know, I always wrote half of the Apers material before I quit that band. And until I started the Windowsill I had never stopped writing such songs, so no, no pressure at all. Those were songs I had lying around just waiting for me to finally start rehearsing again. That took a while because I wasn’t sure about my vocal skills, it’s ok now I guess, but no Freddy Mercury….hélas.

You could say songwriting comes somewhat naturally. We once played with J-Church with the Apers, when Lance Hahn told us that he tried to write a song daily (or maybe I read it in an interview, I dont know, could be, we did play with J-Church though…). I don’t have an obsession like that (or the time for that), but when I play the guitar, I don’t just play for the relaxing sound of the Am, C, G progression, but always with a could-this-be-a-verse-or-a-chorus-attitude, you know? The annoying thing about that though, is that I don’t know how to play any campfire songs…thank god I’m not the outdoor type… 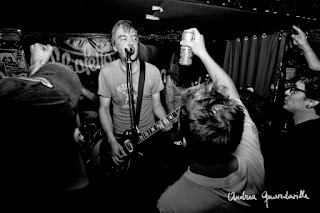 CM: Besides the new album, will there be any other songs released in the new year on either a split EP, a compilation or possibly a 7"?

MY: Yeah, definitely, before the "Showboating" recordings, we already did 24 songs in May, of which 10 are meant for the Windowsill for numerous split 7” with bands like Murderburgers (Scotland), New Rochelles (US), Real Danger (Netherlands), hopefully Tough (Italy), a Mooster compilation and some other stuff.

The other 14 are for a Giant Eagles record, also due in 2013. Giant Eagles is a band with Simon, Ivo and me, in which we try to do 80's Ramones, which of course is impossible… Fact is that there are synths in every song, so that is 80ties-proof enough I guess. Check out our Giant Eagles page.

CM: Are there any plans for the band to make a music video to accompany any of the tracks? Or any hint as to a possible first single?

MY: No not really, Jerry, Ivo and Sander really want to do a video because they are really good looking guys, but me not so much, so screw them…hehe…No, if there is time or/and money who knows…Or a great idea, I think it starts with a great idea… 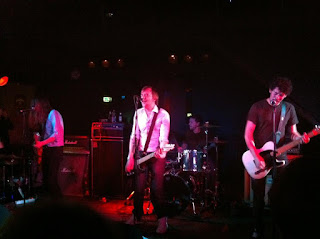 CM: Is there a tour in the works for the new year? And if so, are there any chances of getting you guys over to America for some live dates? We would love to have you guys play in Chicago at some point.

MY: Like every year (once), we’ll probably do a couple of shows in Italy, we went there last year and a had a really good time. Any offer from the US would be great of course, but since we only sold one album to you and one to Geoff Useless, I don’t think anybody is wanting for us to come over.

(**editer's notes**: Let's get this band to the states for some shows. Please, go buy the record. It's pure unadulterated ear candy. This record won "Album Of The Year" in 2011 at Critical Mass! Listen to the album on Bandcamp.)

I would love to go back to Chicago though, I went there with my girlfriend in 2009, and really enjoyed the city as well as Oak Park, where we were staying. I especially enjoyed all the outside public art in Chicago, and the fact that it stays intact,  doesn’t get vandalized….or is there a death penalty on that? I’m pretty sure all that outside public art would have been destroyed by idiots if that were to be in a Dutch city…

CM: Before I let you go, do you wanna plug any websites where fans get get copies of the first album, get news on the new album and buy other merch?

MY: Yeah, you can get our LP locally (Chicago) at Brandon of Mooster Records, he has a couple. I think Interpunk has some too still. If not, me and Stardumb Records still have a lot. If it is the CD you want, go to Monster Zero Records, they might have a couple left…We just have the Facebook as a band page , but if someone uses my brilliant status updates in a commercial in the near future, I will delete it…and go wherever the hip kids go these days…

CM: Marien, again it's always a pleasure talking with you. I am beyond stoked for the new album! I wanna wish you, the band and all your families a Happy Holiday season and a safe New Year! Thanks man.

MY: Thank you for this interview Christopher! All the best to you and your family and all you future ventures...see you in 2013.

Posted by Critical Mass at 6:51 AM