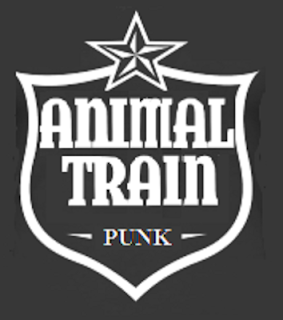 Critical Mass: Thanks for taking the time to talk with Critical Mass guys. For anyone new to Animal Train, can you give us a little history on the band?

Rich: Well we started in 2007 and messed around till 2009. We played all over the east coast before relocating to Austin, TX in early 2011. We have always been a 3 piece but after moving here we decided to become a 4 piece with CJ just doing vocals. So with a revamped lineup we were soon rocking out around Austin.

CM: The bands ready to hit the studio and record a new album in the new year. When will the album be done and is there a tentative street release date yet?

Animal Train: Yes we’ll be recording tracks for a new EP early in the new year. There is no release date as of yet but we work quick in the studio so we’ll have something for people to hear mid to late January. 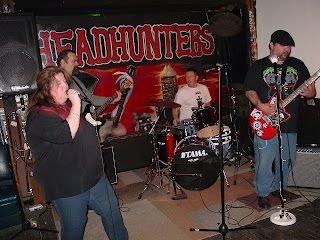 CM: How does the new material stack up to the older songs? Can we expect anything different on the new album?

Animal Train: We def kicked it up a notch with the new stuff. When you change members the sound of your band is going to change as well. So yeah expect some different sounds on the new recordings.

CM: When it comes to song writing, is it a group effort or is there a primary song writer in the group?

Rich: A little bit of both I guess. I write a lot of riffs on the guitar and some lyrics to. CJ writes most of the lyrics. Our bassist John also plays guitar so sometimes he’ll bring in an idea. Tron our drummer is always coming up with cool beats to tie it all together. Then other times we’ll just jam out turn on the recorder and see what we get playing as a group. 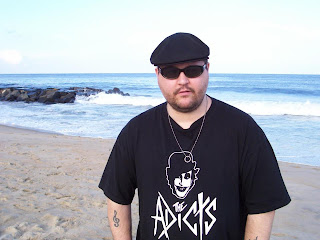 CM: Who are some of the bands musical influences?

CM: Will we be seeing you guys on the road in the new year?

Animal Train: For sure we def plan to do a short tour. Nothing set in stone as of where yet though but we’ll keep ya posted. 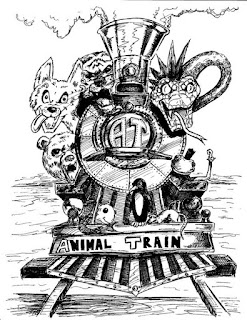 CM: Is there a website you guys wanna plug where we can get up to date news on the album, tour dates and merch?

Animal Train: We have a website in the works. We plan to put more time in to that in the new year. For now you can follow us on our Facebook or Reverb Nation pages.
www.facebook.com/animaltrain
www.reverbnation.com/animaltrain
CM: Thanks again for talking with me guys. I'm stoked for the new album. I wanna wish you all a great new year! Thanks guys!

Rich: Thanks so much to you as well for the interest in the band and for taking the time to interview us. Happy holidays to you as well cheers and beers for all the kind words and support.
Posted by Critical Mass at 11:49 AM