"My Personal Top 10" - Tall Doug and Mike Schultz from The Ridgelands. 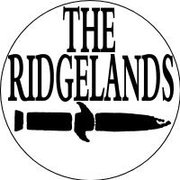 We're serving up a two-fer of Top 10's this week with Tall Doug and Mike Schultz from The Risgelands. If you don't know who The Ridgelands are, I suggest you look HERE, HERE, and HERE for more on this great new band. So, here they are with there own "Personal Top 10". Take it away guys. 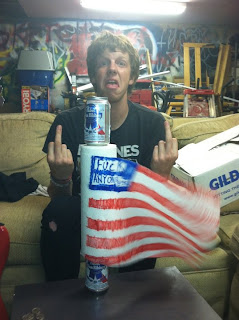 My Personal Top 10 by Tall Doug.

10. Dookie and Ramones Mania - The first two punk rock albums I ever owned. When Dookie came out I was probably somewhere around 6 years old. My brothers first got the album on cassette, and I stole it from em. Later they would buy it on CD... stole that too, couldn't get enough. I'm pretty sure the first time I stole the CD I wore out Basket Case and it would skip or just not play at all. I don't know if I really appreciated it as music at the time, it was just fast loud and made me want to build houses and run marathons and do back flips. Speaking of fast and loud, this brings me into the album Ramones Mania. I was in... 5th grade id like to say. Anyway's, my buddy comes over and tells me about this hilarious song he heard called "Beat On The Bread". Of course, I laugh. I laugh at everything. So we walk over to his house and he puts in Ramoneshe's laughing and I'm tapping my foot. He Ends up giving me the CD. Its safe to say that album didn't leave my Walk Man for over... I'd say 2 years. The Ramones are still one of my number one favorite bands to this day.

9. Guitar - Ya know when you read an interview of one of your favorite punk bands and they always say "we don't even know how to play our instruments"? well I really don't. I know how to play the basic chords and power chords... I don't even know if I'm using the right words, but whatever. Playing guitar puts me in a whole different state of mind. When I'm sad I'll sit down and write a song. same thing if I'm mad, I'll just sit down and play the 4 chords I know how and try and calm down and relax. For the most part it helps. Having a guitar in my life is pretty awesome, some people work out or beat children when they are upset or somethin, but I pick up a guitar, my skateboard, and I masturbate to relax and calm down... am I 22 or am I 14?


8. Harry Potter and Pirates Of The Caribbean - I absolutely love both of these series'. They just make me feel like I'm 10 years old again... Actually everything on this top ten makes me feel like I'm a little kid. But yeah! HP rules. Emma Watson is such a babe and I plan to make her my wife in the future. Honestly everyone gives me shit about watching HP movies. "what are you gonna watch next??? Twilight?" Everyone knows Twilight sucks... Harry Potter is awesome. Granted I'm not much of a reader so I never really read the books. But I think the movies are rad. Pirates Of The Caribbean rules because: pirates are bad ass, pirates shoot people, rob people, hang out with dirty women AND pirates drink rum! I think they picked great actors and actresses for both of these series'. and to be honest I'll probably fall asleep watching HP tonight.
7. Pepsi -  This is pretty much the best pop on the planet and it goes sooooo well with rum. Black Pearl as we call it where I'm from, is a wonderful drink. I will always be a Pepsi fan. I never really cared when I was a little kid what kind of pop I was drinking, probably cause I wasn't paying for it. It wasn't until I was talking to my friend Mike about getting a Pepsi tattoo that I decided I was never going to drink any other soda probably for the rest of my life. Mike told me "if I give you a Pepsi tattoo I better not see you drinking anything but Pepsi... ever". I've had cavities and holes in the front of my teeth from all the Pepsi I used to drink (got em fixed though). Its been over 4 years and I haven't had any drinks that weren't owned by Pepsi. 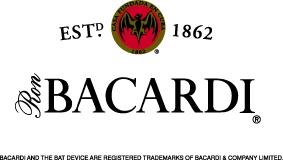 6. Rum - Why's always the rum gone? A: Because if you give me a chance to drink your rum... we'll be seein ya. I love the taste and it usually gives me a good time haha. Rum and I have had alot of good times. When we get together I wake up with texts from my friends with pictures of me in a garbage cans and stories of ugly girls that I hit on the night before (the beer goggles have been strapped on since birth). On my behalf, I make some good decisions when it comes to hitting on girls haha... sometimes.

5. Skateboarding - Where do I even start? This probably won't make much sense to you if you aren't a skateboarder, but hey, who knows? Skateboarding keeps me from going crazy... even though it drives me crazy. The scary thing is that it can make or break your day if you let it. When I was younger it was all about jumping down the biggest shit we could find, but now as I get older I find myself still wanting to get hurt... but in a different way. I'm talking bout bombing hills, which means you find a big hill and you ride your piece of wood down it and hope to whatever you believe in that you make it down safely. Its fantastic and gives you a rush like you wouldn't believe. But im getting off track!!! The reason I put skateboarding on here is because no matter what it will always make me happy. Its great discipline, it gets my mind off of things and generally relaxes me. Shred for life!

4. Rusty Bear - My cat!! Best cat in the world. He can be a pain in the ass sometimes, but who or what isnt? Hes basically me... but a cat. Hes white with red hair, he eats all day long, he has the worst farts. I don't think anybody has ever had a bad thing to say about  Rusty, allergic and not allergic people love him. MEOW!


3. Weird socks - I just love weird socks haha, stripped socks, Christmas socks, red, yellow, green, blue... idk!! And idc! They jus make me happy. I also like the attention I get when I go out. Some of the looks people give me are hilarious, and I suppose it doesn't help that im 6'8. Anyhow, socks popped up in my head cause my aunt just bought me some stripped Christmas socks. :) 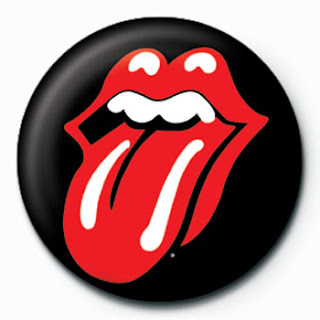 2. The Rolling Stones -  I WASS BOOOOORN IN A CROSSFIRE HURRICANE!. C'mon! The Stones rule and you know it. Anytime I hear them on the radio I have to leave it on. They are a super good time, it makes you want to move n dance like Mick. Little do you know Mick Jagger is the original black woman. Put on The Rolling Stones, stick out your lips and do your best impression of a chicken.

1. FANCY - FANCY is my family. Basically we are a bunch of assholes with skateboards who have shared a hell of a lot of good times. Still doing so for that matter. To really understand us you really have to know us... and there's not even enough time in the day to explain Folly (who?? what??!  ... exactly). FANCY will get me stoked on life when I'm feeling like garbage and upset, simply by saying "man up pussy"... or something along those lines. 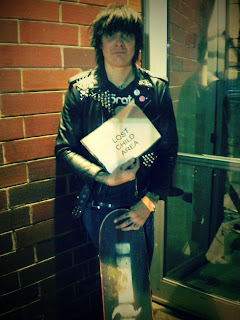 9. Addiction
Taught me I can overcome anything

8. Depression.
Showed me life is always better than you make it out to be, gotta have that p.m.a.

7. Not giving a fuck.
Do what makes you and only you happy. I really don't see any other logical way to live life.

5. Friends.
I'd kill and/or die for every one of them whether they know it or not. Find family where you had none.

4. Love.
It's a feeling like any other and I'd do anything for my girl.

3. Coming from a lower middle class family.
You don't take shit for granted.

2. Punk rock.
Furthered friendships and showed me 3 through 10.

1. Skateboarding.
Without skateboarding I would have never gotten into punk rock, never met my friends, never met the girl I love and so forth. Just read up the list.

Posted by Critical Mass at 8:57 AM