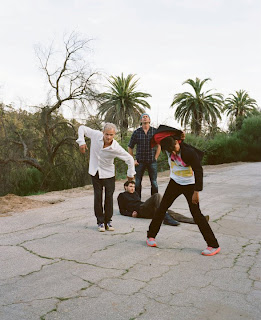 With the Red Hot Chili Peppers album due in August, and the album title announced this week, it's high time fans got to see what the track listing looked like.

Now bassist Flea has revealed the track details for "I’m With You" in a series of tweets:


The album has been produced by recording legend Rick Rubin. Drummer Chad Smith has said the album has influence including afro-pop, and will see a fresh sound thanks to new guitarist Josh Klinghoffer. "He brought a lot to the table," drummer Chad Smith said. "He's an excellent writer - he does guitar, sings, keyboard, drums, bass - he was very integral in the writing of this music."
Alongside the album release, the band will offer a live double album and DVD.

Posted by Critical Mass at 2:09 PM