Interview with Christopher "Dizzy" Lee from Tattoo The Devil 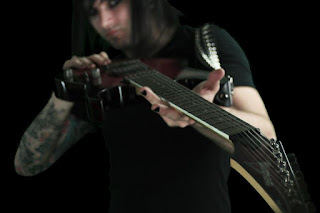 Critical Mass: Thanks for taking the time to talk with Critical Mass. For anyone new to Tattoo The Devil, can you give us a little history on the band and how you guys got together?


Christopher "Dizzy" Lee: A bunch of demon bats with rabbit ears swirled around Chicago and the clouds gathered like the voodoo scenes from "Child's Play" making Dominick Camillo and myself send each other musical mind bullets. haha... basically.

No, but seriously, the two guitarists Dominick Camillo and myself started writing music together in October 2010. Everything was recorded right from the start in 'demo' mode with shitty fake metal drum samples. We contacted a buddy, Lance Ferrel, who at the time was playing in a couple different bands in Chicago, to do the vocals. He took over writing the lyrics, has a great ear for melody and obviously a fantastic voice. After that the band sort-of slowly built up around what we were writing. The rest is history!

CM: The bands newest release "The Decent EP" is out now. Is this the bands first release?

CDL: Yes it is. First ever. 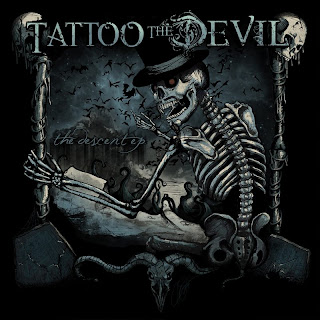 CM: I love the bands sound and what you guys are doing. Who are some of the bands personal musical influences?

CDL: Musically, the songs are a reflection of our backgrounds as musicians. We pulled elements out of many genres to experiment with; from Arabic music, to jazz, and all they way to black metal. A perfect example would be the track, "Diego's Tango". However, if we had to pick some bands we think are awesome, I would say check out all of these bands, Dredge, Coheed & Cambria, Dream Theater, Metallica, Avenged Sevenfold, Muse, Refused, The Mars Volta, Tesseract, Evergrey & Radiohead.

CM: When it comes to songwriting is it a group effort is is there one primary songwriter in the group?

CDL: Thus far, the music has been written by Dominick and myself. Lance contributes all the lyrics and vocals. In terms of the concept of the first record, it is a mix of the three of our ideas. 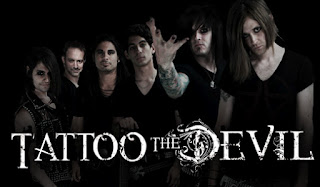 CM: Are there any plans to release anything else this year? Either another EP, a 7" single or possibly a full length?

CDL: Yes. The three songs from "The Descent EP" are part of a full length concept album. We haven't solidified the title for it and I'm not going to give away the concept yet, but just know it will be epic when you hear and read how these songs 'fit' together into the full album.

CM: Being from Chicago do you guys play outside of the state at all?

CDL: Yes. Actually, our first two live performances were in Indiana including one of them being on www.mwunderground.com. 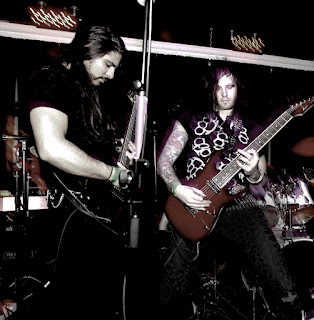 CM: Are there any plans for a tour of the Midwest or even a full blown country wide tour at some point in the near future?

CDL: Our goal is to get the first full length done as soon as possible. Then start getting it in front of as many audiences as possible!


CM: Is there a website you wanna plug where fans can get up to date news, tour dates and merch?

CM: Thanks again for talking with Critical Mass. I can't wait to hear some new tunes and see what's in store for Tattoo The Devil in the coming months. Thanks again.

CDL: Thank you for talking with us and definitely thanks for helping to get our music out there. Stay tuned for more!!

Posted by Critical Mass at 9:22 AM