Interview with Josh Caterer of The Smoking Popes 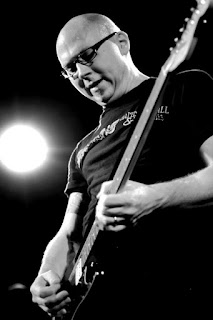 I recently received an e-mail from an old friend, Steev Custer, asking me if I would be interested in an interview with Smoking Popes frontman Josh Caterer. Steev also asked if he would be allowed to conduct the interview himself, being as he's a huge Popes fan and has even shared the stage with the Popes with his band My Big Beautiful. Being from Chicago and knowing the lasting legacy the Popes have had on our punk scene, and having complete confidence in Steev's ability to handle the task at hand, I immediately agreed. Below is the amazing final results of 2 Chicago music legends talking about everything from songwriting and family to guitars and birthday parties. Enjoy!


Critical Mass:  The Smoking Popes have frequently released different versions of songs on their albums, such as First Time re-recorded for Stay Down, and Can't Find It re-recorded for Destination Failure. Are the re-recorded versions closer to what you wanted them to be originally, or are they merely fresh perspectives on older songs?

Josh Caterer: There are always different ways to do a song. Once you have the heart of the song, the lyric and the melody, you can put whatever skin on it you want to. And if it's a good song, it will work in different skins. Thelonious Monk said "The inside of the tune is the part that makes the outside sound good". When you do a song in a different arrangement you're only changing the outside of the song so you can see the inside from a different angle. I've always found it interesting to explore those variations. Like Dylan doing two different versions of "Forever Young" on Planet Waves. That's awesome, because he's giving you a glimpse into the process. Anytime he writes a song, he has to decide "Is this up-tempo, or is it a ballad?" And with that song, he says "I'll do it both ways, and YOU can decide."


CM: There are three brothers in the Smoking Popes (Josh -vocals and guitar, Eli -guitar and Matt -bass) leaving drummer Neil Hennessey being the only member of the band not of the Caterer bloodline. Do you feel it makes for a more or less stressful dynamic to work so closely with family as opposed to being in a band with non-relatives?

JC: For us, it makes things easier. We grew up loving the same kinds of music and we learned to play by jamming with each other, so it's very easy for us to communicate with each other. We all automatically have a similar vision for what makes music sound good. So, when we're working on new stuff, we don't have to talk a lot about arrangements. We just play through the song, and we know we're all striving in the same direction and we trust each other. 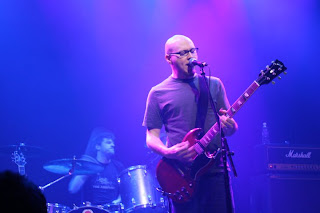 CM: Josh, you've written a majority of the Smoking Popes music, do the other guys in the band veto songs from time to time, or do you personally pick and choose what material you feel is best and present it to the band?

JC: I have a pretty strict filter on my own songwriting. I tend to be my own worst critic and I won't even play a song for the guys unless I've been working on it for a while and I feel pretty confident that it's strong enough to be a Popes tune. It's a very vulnerable thing to play a new song for somebody for the first time. I hate it, actually. Here's this thing I've been privately creating in my own little world and it seems good to me, but it's really hard to be objective about that, and it might actually suck. So I play it, and the whole time I'm kind of glancing up at whoever's listening to see if they're grimacing.

CM: Over the years, Eli has stuck with his green Fender custom shop Telecaster, while you have played a variety of Fender Stratocasters and recently a Gibson SG. How many guitars do you own, and is there a mainstay in your collection that you keep coming back to?


JC: I have two Fender Double Fat Strats which are really great guitars. They're really solid. They can take a beating and stay in tune and they sound great. Pretty much everything I've recorded for the last ten years has been with those Strats. But I've recently come back to the SG, which was the first guitar I had back in the 90's. I recorded our early EP's and our first full-length album, Get Fired, with an SG. It plays differently. I feel like you have to be a little more delicate with the SG. But it gets a great tone and, frankly, it looks awesome. So I'm playing it more these days. But I'll never give up the Strats. 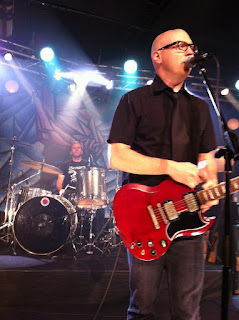 CM:  You've recorded albums for Johann's Face, Capitol, Victory Records and Asian Man records, and toured with bands such as The Goo Goo Dolls and Morrissey. What's left on the list of things you'd like to see the band accomplish?

JC: I think the real accomplishment of any band is to continually make inspired music so that you're never treading water creatively. As long as we're continuing to do that, it doesn't matter to me what label we're on, who we're touring with, whether we're playing to festival crowds or small clubs. Ultimately, you want to be able to look back on your body of work and be proud of the music you made. I think if we keep focusing on that, everything else will work itself out.

CM:  Josh, at a Smoking Popes show in Dekalb recently you were quoted as saying that you would come to my birthday party and play your song I'm Brand New for me. Is that really going to happen, and are you only going to play that one song, or can my friends and I call out requests?
JC: It depends. When's your birthday? And who are these "friends"? Will Jeff Pezzati be there?


Contributing writer Steev Custer is a founding member of the bands My Big Beautiful, Death And Memphis and is a former member of The Bomb. He is also a guitar teacher and the CEO of Gearhead Guitar Repair, Inc.. 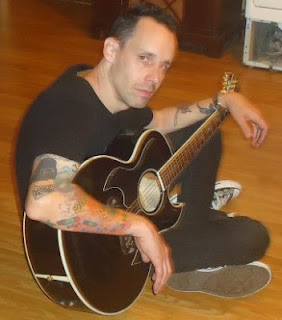 Posted by Critical Mass at 7:13 AM