Ollocs are a young prog/rock instrumental trio from New York who have really blown me away with their musicianship and versatility. I had the chance to interview the band on their influences, their upcoming release and what the future holds. The band consists of Zach Vanderberg (guitar), Russell Frohberg (bass) and Andrew Bieler (drums). They also round out their live performances with guitarist Josh Travis. Please check these guys out. You'll be pleasantly surprised by what you hear.

Critical Mass: Thanks for taking the time to talk with Critical Mass guys. For those who may be new to Ollocs can you give us a little history on how the band got started?

Russell: The three of us all went to high school together and were in the school’s jazz band.  It was a really nice background for us because once we started actually getting together outside of school right before our senior year in summer 2009, we had already developed somewhat of a chemistry in playing together. We started just writing some simple progressions and soloing over them and whatnot, it was really just for fun. We eventually started writing structured songs and it took off. We recently added a live rhythm guitarist, and he's been a real big help in improving our live sound.

CM: Your latest EP is really a solid effort ranging in sound from metal to prog. What are some of the bands musical influences? 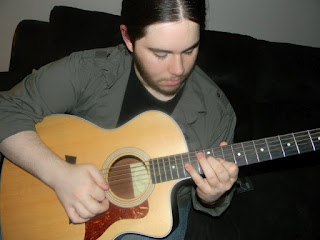 Zach: I’m heavily influenced by progressive rock and metal and players like Frank Zappa and John Petrucci.
Andrew: Drummers like Tony Royster Jr. and Mike Mangini have really opened up my eyes to new methods and techniques I incorporate in my playing.
Russell: I’m influenced by bands such as Tool, Dredg, Dave Matthews Band and Between the Buried and Me.

CM: Has the band always been an instrumental outfit? Or did you have a vocalist at one point?
Russell: We’ve always been instrumental. We’re undecided about getting a vocalist. We’re having a lot of fun with what we’re doing now, but if a suitable vocalist comes along, we won’t turn him or her away. We don’t want to conform and just tack on a shitty vocalist just for the sake of being a “complete” band. 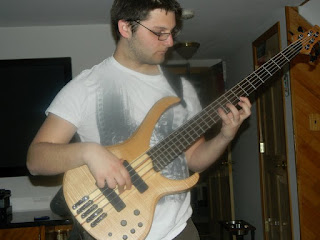 CM : Any chance of a tour in the near future?
Zach: No. As of right now, we’re focusing on writing for our full-length release while still playing some shows in our area. 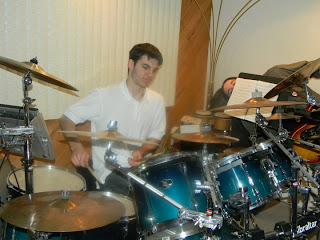 CM: Will the new album be released in the coming months?
Russell: YES. We’re working on a full-length release. The writing process is always exciting for us. During every semester we only practice once a week, so it’s coming slowly but surely. What we have written so far sounds great. We’re definitely expanding our influences to more than just bands in our genre, incorporating ideas from figures in music such as Hector Berlioz and Branford Marsalis while still preserving our original sound and style. It’s going to be great and it’s more than likely going to include re-recorded versions of our EP songs.

CM : Is there a website you guys wanna plug where we can get up to date news on releases, gigs and merch?
Russell: After I finish the graphic design for the full length CD release and for merch I’m going to begin working on our website. It should be up and running at some point over the summer, I have a couple of design ideas and I think it will turn out great. Until then our Facebook profile will be our primary page for those updates. 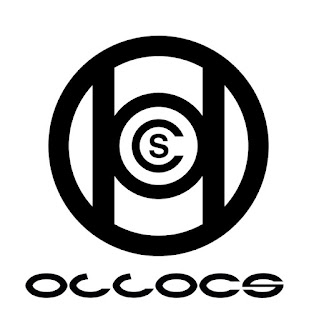 CM: Thanks again for talking with Critical Mass guys. I love what you're doing and I hope we can get you guys to come to Chicago in the near future. Thanks again.
No problem. Keep your eyes open for our full-length release and website this summer.