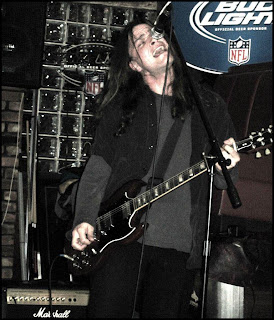 Critical Mass: Thanks for taking the time to talk with Critical Mass. For those new to Mourning Rain, can you give us a little history on the band and how you got started?

Jared Pihl: No problem at all. Mourning Rain started with myself on guitar/vocals and Natalie (Rose) on the bass around the summer of 2010. We met Devin (Justman), who is a very talented drummer, in November of 2010 and jumped right into a steady routine of rehearsing that hasn't stopped to this day. The three of us have a very similar outlook on music, so we clicked right away. Which is very rare.

CM: I hear so many styles of music in the bands sound, and it's all amazingly great! How would you best describe your sound to people who have not heard you yet?

JP: Thank you. That is probably the single hardest question we are asked and it's also the most common for those who have not heard us yet. The best way to describe us is a hard rock/psychedelic band with some funk/jazz/alternative sprinkled throughout. 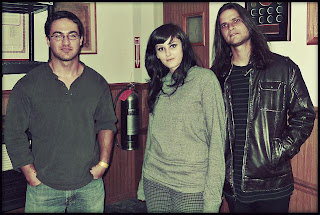 CM: Again, there are so many styles going on in your music I have to ask, who are some of the bands musical influences?

JP: We try to keep our music original while staying true to the musical tastes of each member of the band. I have always loved hard rock and blues, all the guitar heroes of the 60's, 70's & 80's. That's where I come from with music, while Natalie is a big fan of the bands like the Deftones & Nirvana. Devin comes from a more classic music background, bringing a more jazzy, funky and progressive feel of bands like Rush, James Brown & Porcupine Tree. But I think we all share a common love for effective rock music with a strong sense of melody.

CM: I have had the chance to hear the 4 songs the band currently has up on Facebook. Are those tracks available for purchase on an EP or demo?

JP: No, those tracks were recorded in a very timely fashion with no money. My brother, who is sort of an amateur recording technician and also a talented bassist in his own band, The Things They Carried, recorded us very quickly with his equipment as a favor. So between the fact that the quality isn't at all on par to what we are aiming for and that we didn't pay to record the songs, we did not feel it necessary to charge our fans money for it. Those tracks are like a sampler for what is to come, we hand those songs out for free to those who come to our shows. 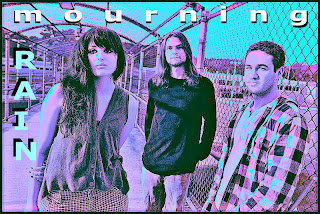 CM: Are there any plans to release an album or EP in the near future?

JP: Yes. We are in the process of choosing a studio to record in our area of Long Island. We will most likely record a 5 or 6 song EP within the next month or two, it seems like the only logical step forward at this point in the band. Things have been moving very fast since the three of us got together and it only seems right to take the band as far as it can go.

CM: Have any labels approached you guys yet as far as releasing your material at a later date?

JP: As far as labels, managers or promoters, we have not ventured into that territory yet. I'm getting the feeling it will happen very soon, probably after we record our EP. We are very concentrated right now on fine tuning our setlist with a lot of live shows and hard work practicing. We have been a band for a little over a year now and are working our way through the trenches of the Long Island/New York rock scene, which as many would tell you is overcrowded with a certain scene right now. We look forward to meeting any label or manager who approaches us but you have to be careful with the business side of things with a band, we're not going to rush into anything without thinking it through first.

CM: I know the band plays out around your hometown. But have you ever played outside of New York? And are there any plans to take the show on the road at some point?

JP: There are always plans to take the band further. Right now we are working nonstop booking shows whenever they come up and making our live show as good as it possibly can be. We haven't played outside of New York yet, but we are sure that is definitely something that will happen very shortly up the road.

CM: Is there a website you wanna plug where fans can get in touch with the band, find out about upcoming gigs, news and new music?

JP: As of right now, we are working on our own website but you can find any info about us on our Facebook page. There you can find our free downloadable songs, upcoming shows and lots of pics and videos.

CM: Thanks again for taking the time to talk with Critical Mass. I really appreciate it. I really dig what you're doing and hope to hear some new music in the near future. Thanks again.

JP: No problem at all, it was my pleasure. We have more demo songs that will be posted on our Facebook page soon and we're hitting the studio to record some proper tracks. See you soon.
Posted by Critical Mass at 8:15 AM