Interview with Matías from Lili Champ 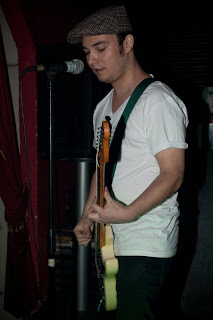 Critical Mass: Thanks for taking the time to talk with Critical Mass, Matías. I really appreciate it. For anyone new to Lili Champ, can you give us a little history on the band and how you guys got together?

Matías: Thank you Chris for this interview. We are a punk rock trio from Santiago, Chile.
The band is Gastón on Bass, Pato on Drums and me on guitar, and everyone sings.
Gastón and Me started the band two years ago ´cause we have the same taste in music and enjoy almost the same bands. We just released “Vientos” our first album 4 months ago, so we got a lot of projects for this year.

CM: "Vientos" is really a great album. So full of catchy hooks and pop/punk excitement. Is there other material out there?

Matías: Well, thanks for your words. We got a “demo” on our bandcamp website, but is just 4 songs that me and Gaston did separately. So, I always prefer to say that "Vientos" is our debut album, because the whole band worked on the whole process, even Pato did the art.

CM: I can tell you guys are fans of pop/punk. In your own words who are some of your personal musical influences?

Matías: Yeah, is really difficult to name bands, because they are too many bands that influenced me in my life, but I can say that most of the Lookouts bands influenced me… Screeching Weasel, Green Day, MTX, The Queers… In the last years I´m listening a lot to Dead To Me, Banner Pilot and  Against Me! for example, but I´m always trying to hear new bands and songs, so there are too many.
Speaking of latin bands, from my country there are 2 bands that I really love, one is called “Fiskales Ad-hok” and the other is called “BBS Paranoicos”, I really like “Carbona” from Rio de Janeiro, Brasil and “Loquero”, “Expulsados” and “Cadena perpetua” from Argentina. Feel free to check those bands. You won´t regret it. 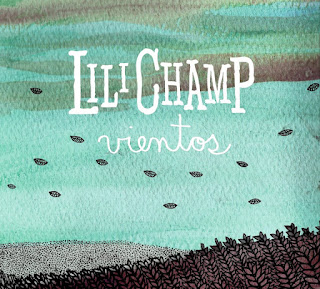 CM: When it comes to songwriting is it a group effort is is there one primary songwriter in the group?

Matías: When we started, Gaston and I wrote some songs separately and then we put together some ideas for the final work.
Now we prefer to work together on every song when we are rehearsing. I think that my favorite songs came from a group effort. Anyway, I´m always writing some lyrics that we probably will use, but I really like when we all work on the songs.

CM: Like I said earlier, I think "Vientos" is such a great album, and I can't wait to hear some new material. Are there any plans to release anything else this year? Either another full length, an EP or even a 7" single?

Matías: We just released "Vientos", so a new full length maybe next year. We are working on new songs right now and we will release a 4-way split 7 inch with Hopewrecker (USA), Colin Farrel (Italy) and Valve Drive (Japan) soon. We recorded a new song specially for this release, and a secret cover for the digital version, so you will hear a new song may in May.

CM: Being from Santiago, Chile is there a big punk rock scene in your homeland?

Matías: There´s 2 or 3 bands that usually play for something like 5,000 people, when there´s a big fest or something usually go between 5,000 to 10,000 people and it´s up to if there´s any foreign band playing (I mean big bands like NOFX for example). But small bands usually plays for 50 to 200 people in Santiago, that is the capital city. Outside of Santiago there are some cities that have a lot of bands doing excellent work and I think they play for the same number of people, maybe a little bit less, but I think there isn´t a punk rock band living only from the music business (because there´s no way at all to make a business with music here). 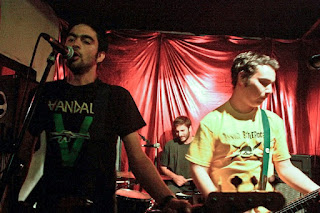 CM: Do you guys play a lot of shows outside of Chile? And are there any plans to tour behind "Vientos"?

Matías: We never played outside of Chile, it´s very difficult for us even play outside Santiago, our hometown.
We all work and study, so it´s very difficult to program a tour right now. But we are always looking to plan a little tour, maybe in another South American country, but not in the nearly future. I mean maybe at the end of the year. It will be very great if we get some show outside Santiago. We´ve been busy with things like launching "Vientos" and recording songs for compilations. So I think April is a perfect month to plan some shows outside of the capital city.

CM: Would there be any chance of touring in the United States at some point in the near future?

Matías: I don’t know. It will be a dream. I don’t know if any punk rock band from Chile toured in the States, I don't think so. But, who knows? We are just starting, so I really don´t know. Maybe it's not so difficult. The 4-way split is a good start for us, and even some reviews and interviews, so we really don’t know what we will want to do in the near future.

CM: Is there a website you wanna plug where fans can get up to date news, tour dates and merch?

Matías: Yeah, of course. We got "Vientos" for free in many websites (Bandcamp for example) and you can find it at our main website, we got some info there and the lyrics if someone wants to sing and learn some Spanish. Also you can find us on Facebook (we usually update this page), and if someone is interested in buying our album, you can find it at interpunk.com for a very good price.
If you wanna get in touch with us, we got an e-mail address,  mail@lilichamp.com , we love to contribute to any kind of projects and compilations. 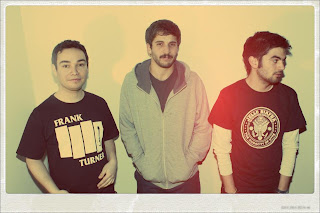 CM:  Thanks again for talking with Critical Mass, Matías. It's been a pleasure to speak with you. And I hope we get to see you guys in the States soon. Thanks again man.

Matías: You´re welcome Chris, and thanks to you for helping us. We really appreciate that you give us space on your website.