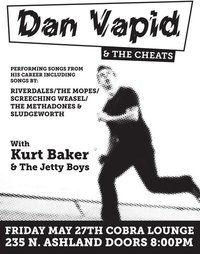 Expectations were high for Dan Vapid & The Cheats first ever show May 27th at the Cobra Lounge in Chicago. People came from out of town to see the show that was a make up of sorts for the aborted Weasel Fest that was supposed to have taken place Memorial Day Weekend at Reggies. Besides the die hard locals and out of towners, there were even some celebs in the house for the show. Joe Principe from Rise Against, Jeff Pezzati from Naked Raygun and Larry Damore from Bhopal Stiffs/Pegboy were there for the show getting their drink on and getting ready to blow the roof off the Cobra in a celebration of music.

The show kicked off with Sheboygan, Wisconsin's Jetty Boys who's sound and style are very reminiscent of Green Day. Although I'm not a fan, they seemed to get the crowd ready with their brand of pop/punk music. Singer/guitarist Drew Fredrichsen worked the stage like a madman trying to get the crowds attention. And it worked to some degree. Just not with me.

Up next was the Kurt Baker Band. This was my first time seeing them, and I was actually won over by the bands super catchy power/pop songs. Baker, formerly of The Leftovers, has a style that's a modernized version of new wave era Elvis Costello. The band is tight, and Baker takes control when he performs. Keeping you in his grip and never letting you go. If people where not fans when he hit the stage, they were by the time his bands set was over. Myself included. I would make the trek to see the Kurt Baker Band again!

Now it was time for the main attraction! The moment we were all waiting for! The Cheats hit the stage running and never let up, playing 20+ songs from Vapid's entire musical career. From Screeching Weasel and Sludgeworth, to The Mopes, the Riverdales and Methadones. "Bored Of Television", "Make Way", "Baby Doll", "High School Psychopath"...they played them all. The band consisted of Dan (Schafer) Vapid on vocals/guitar, Mike Byrne on guitar, Simon Lamb on bass and Mike Soucy on drums. And band was tight, dead on and seemed to be having fun. Which is what the night was all about. FUN!

There were even a few guest appearances peppered in to make a special night even better! Chef James Toland from the Black Sheep restaurant/band sang the chorus on "I Could Be Into You (If You Were Into Me)". Adam Cargin, formerly of the most recent line up of Weasel and Riverdales, played drums on "Crash Of The Moons". Joe Principe played bass on the Sludgeworth classic "Someday". And at the end of the show the band brought up Pete Mittler for a Methadones reunion (Schafer, Byrne and Soucy all played in the Meths with Mittler) playing "Far Away" and the Pointed Sticks cover "Out Of Luck".

The smiling faces proved beyond a doubt that the Cheats made the start of the 2011 Memorial Day Weekend in Chicago memorable. And to them I tip my hat!

Now on a more serious note. It was in the wake of the events at SXSW, and the cancellation of Weasel Fest, that this show was made possible. It shows that with positive energy, good music and loyal friends and fans, the mistakes of others can make way for a brighter future. That we CAN learn from past mistakes and move forward in a positive way. Dan Vapid & The Cheats PROVED that! And we can only hope that they continue to bring happiness through their music and live performances for many more years to come. Job well done gentlemen. 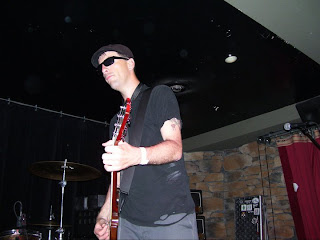 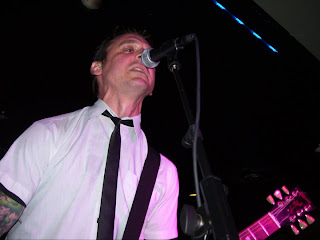 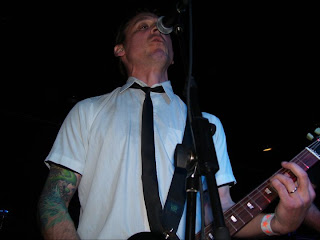 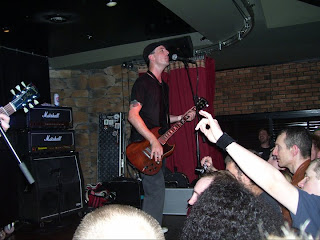 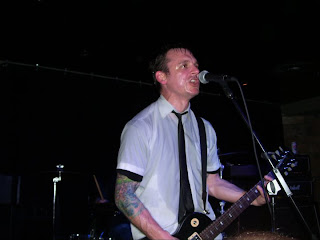 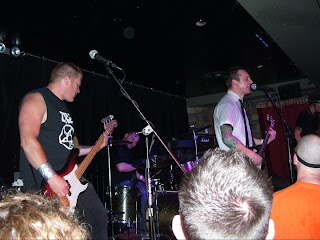 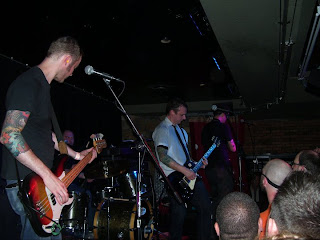 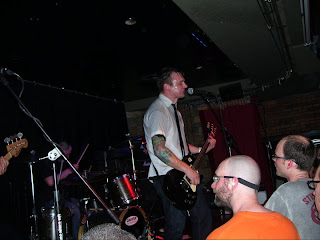