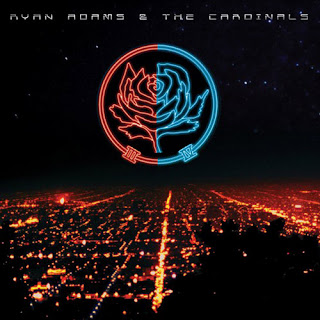 Ryan Adams wears many hats when it comes to his music. The beer soaked country crooner, the folk singer who's happy just singing his sad songs with an acoustic guitar and a harmonica, the metal head revivalist and, like on III & IV, the storytelling rocker.

III & IV were his final recordings with his band The Cardinals before they broke up due to Ryan's disenchantment with the music industry. It's both solid and musically enchanting. For a man with so much to say, his lyrics always seem fresh and never old, stale and boring. Songs like "Breakdown Into Resolve", "Stop Playing With My Heart", "No" and "Kill The Lights" are fun rockers that make you break out the old air guitar. But there's more than just rocking tunes on this 2 CD collection. There's also Ryan's wonderfully melodic less rocking, but still powerful songs like "Dear Candy", Happy Birthday" and "Gracie". Then there's the fast down stroke awesomeness of "Numbers" where Ryan proclaims "we're fucked" with tongue firmly planted in cheek. Maybe he was referring to the music industry that made him want to stop recording music? He doesn't let you know. Instead he allows the listener to come up with their own ideas. Which is the mark of a great songwriter.