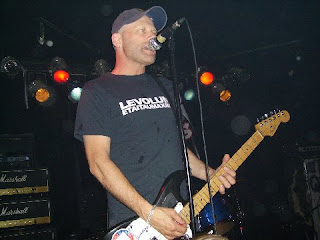 Critical Mass: Thanks for taking the time to talk with Critical Mass, Joe. The Queers last album, "Back To The Basement", came out in 2010 and was a great record to say the very least. When can we expect a new studio album?

Joe Queer: We're hoping to record this summer. First I have to finish my book I'm writing about the tour Dave and I did with Marky Ramone a few years ago. Also I'm building a recording studio in my house so that's keeping me busy. After the book's done and the studio's built we'll do the new album.

CM: You tour constantly, and have for a number of years now. Where are some of your favorite places to play and why?
JQ: Italy is our favorite. We just have a ton of friends there and the shows are a blast. We feel very much at home there. Brazil and Japan we love also. Great places to go. In the US Chicago and SF are our faves.

CM: It seems like everyone's a Ramones fan now that the bands no longer around. I've had the pleasure of seeing them a couple of times back in the day. But you actually had the chance to PLAY with them. What was it like playing with such a legendary band? And do you have any cool stories about playing with them? 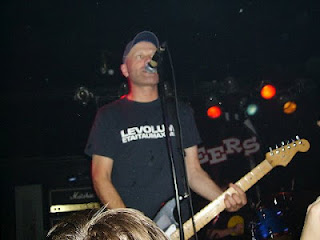 JQ: Oh man it was fun. Great guys. We were pals with them years ago. We'd always get backstage and hang out with them. Security wasn't like at a Rolling Stones' concert, ha!! One time I said I was Richard Hell's cousin and they let me back LOL! Course once we'd get backstage they'd recognize us as the nuts from NH and we'd be welcomed.
So Joey would throw us a bone now and then and let us open up. Christ the first time we played with them was in '86 in Hartford,CT. 4000 people. We'd never played in front of 400 never mind 4000. I was shaking like a dog passing a peach pit. Richie was drumming then. Cool guy. Actually just emailed him yesterday. Anyway we got up there and played everything we knew and some we didn't and stayed on for about an hour. Hell we didn't know how long we were supposed to play. Joey came up afterwards and told me that when you were opening to just play for 22 minutes and get offstage cause no one was there to see us anyway. He said just hit 'em with your best stuff and get off fast and the crowd will appreciate it and everyone will be happy. I mean he wasn't saying it to be mean. We were clueless and he knew it. I never forgot that advice and still tell it to bands that open for us on tour. Most bands I tell it to take it personally cause they're too stupid to realize it's great advice.
Joey gave me his address at a Boston show so I could send him a cassette of 4 songs we did. About 2 months later they played the University of NH and I got backstage as usual. I told Joey I was Joe Queer and he immediately said he liked Love Love Love and Goodbye California. Now I hadn't asked him if he liked it or mentioned song titles-so it was obvious he had listened to the songs. I can't begin to tell you what a thrill it was when he told me he really liked the songs and wanted to cover Love Love Love. For an insecure nobody from NH that was pretty big.

CM: Back in the early 90's the band released a slew of albums which are considered modern day classics now. Did you realize when those albums where written recorded that they would be somewhat of a template for what was to come as far as the whole punk explosion that's happened in recent years?
JQ: Hell no. I mean we knew Love Songs was a good album. Don't Back Down too. Beat Off and Move Back Home we knew weren't really too hot. I'm still surprised people know who we are.

CM: Speaking of those older albums, you had a monster band with Hugh and B-Face, as well as Dan Vapid and Dan Panic at certain points. The punk world lost a great drummer when Hugh passed away. But what os your relationship with B-Face, Vapid and Panic these days? Do you guys still talk?
JQ: Bface and I email. Haven't seen him in a couple years. I still miss hanging out with him. He's a funny motherfucker. But he's doing good. Panic I have no contact with. Good guy but he's on a different wavelength than me. Vapid we haven't seen in a year or two. We're about due for a visit. He's doing good too. Just had a kid and playing in a new band called The Cheats. Great songwriter. 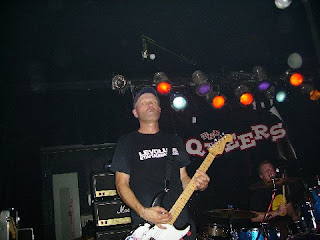 CM:  A few years ago you re-released the old Lookout records on Asian Man Records with new guitar tracks. How did that idea for the reissues come about?
JQ: Eh Screeching Weasel had reissued their Lookout stuff on Asian Man so we did it too. I fixed some vocals-I think the only guitar thing that was different was we used a different track for the lead guitar on Steak Bomb from Beat Off. Vocals we had other tracks and used them instead of the original ones. Anyway it was cool to reissue them as most were out of print.

CM: In recent years the bands original singer Wimpy has showed up at gigs and sang with the band, and even sang a few songs on Beyond The Valley (as well as the Drunken Cholos with Tulu). Is there any chance of a Night With The Queers type tour where Wimpy and Tulu would come out with you and open the shows, playing the old tunes like Webelos, Nothing To Do, and This Place Sucks before the modern day version plays all the classics from the last 20+ years?
JQ: No. Tulu couldn't handle touring and would really need to practice to be able to play night in and night out. Wimpy has been singing Queers' songs with a ton of bands which sort of cheapens things. It used to be special when he showed up but he has done a Queers set with all sorts of bands-The Jabbers (GG Allin's original band that Wimpy should have nothing to do with-he cheapens himself and I'm embarrassed when people mention him singing with them)The Guts at Insub Fest he did a whole set with them. The Apers-eh it goes on and on. So we're letting him sort of do his own stuff and we're doing ours. We're still getting him onstage if he's around but just for a couple songs. So. there wont be any tour

CM:  You have played with and have some upcoming shows with the current line-up of Screeching Weasel. I had the chance to see you and Weasel on the same bill in Chicago in 2000, I believe it was. And the crowd went apeshit. How have the crowds responded to this line-up now, being 2 legendary bands on the same bill?
JQ: The few times we've played with them have all been awesome. SW broke up before they hit it huge. Plus they're just an awesome band. So whenever they play it'll be a blast.

CM: Looking back on around 30 years of making music and touring the world, what are some of the highlights for you as a musician? And is there anything you still wanna achieve at this point in the game?
JQ: We've been touring since '94. Before that we weren't really a band-just fucked around Boston opening up for bands at the Rat etc. We did some great shows-played with The Dickies-Angry Samoans-Pixies-Ramones of course-but we were basically a weekend band. Anyway just getting to meet some of my heroes like Dick Dale and Joey Ramone has been exciting for me. Played onstage with Billy Hinsche from Dino Desi and Billy-a 60's band I worshipped. Billy's sister married Carl Wilson of the Beach Boys and he still sings with Brian Wilson and Al Jardine. That was pretty cool for me as The Beach Boys are one of my fave bands of all time.. Billy's a great guy. He let me play  a 72 Telecaster that Carl Wilson gave him years ago-man that was something else. Actually I played Dick Dale's guitar backstage too-that was cool as fuck. 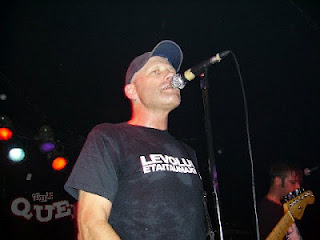 CM: Joe, I wanna thank you again for taking the time to talk with Critical Mass. You've had, and continue to have, an amazingly influential career in music. And we're looking forward to seeing you in Chicago again soon. Thanks man.

Posted by Critical Mass at 8:06 AM