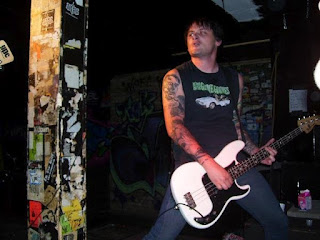 Critical Mass: Thanks for taking the time to talk with Critical Mass, Miguel. I really appreciate it. The new Teenage Bottlerocket album, Freak Out, comes out in July. I know you guys just shot an 80's hair metal inspired video for the albums first single. Can you give us the title of the first single and when the video and single will be released?

Miguel Chen: No problem buddy. We just shot a video for a song called "Headbanger." I'm not sure when the video will be ready or when any songs will be premiered yet, but we'll keep everyone posted as soon as we know!

CM: Like the last 3 TBR albums, the new one was recorded at The Blasting Room in Fort Collins, CO. Who was the bands producer this time around?

MC: The record was engineered by Andrew Berlin. He's worked with us on all of the projects we've done at the Blasting Room, however this time he was the only engineer on the project. We've just worked with him for so long he's like our secret 5th member. Andrew co-produced the record with us. Jason Livermore mastered. We're really stoked on how everything turned out! 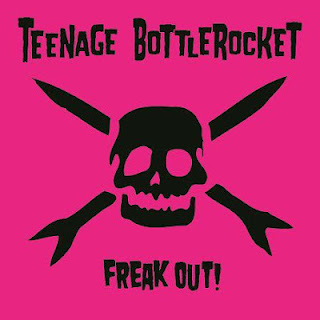 CM: On the bands last album, They Came From The Shadows, there was the signature TBR sound mixed in with songs like "Fatso Goes Nutzoid", which was a faster paced song than anything up to that point. Can we expect any new surprises this time around?

MC: There's nothing too crazy or off the beaten path, but there are a few surprises. It's definitely a TBR record, we've just been playing together for so long that we've grown together as a band. It's hard to describe really, but it's the same while being different, if that makes any sense. I really think these are some of the best tunes we've ever written and we're all really stoked for everyone to hear them.

CM: You guys have been touring for quite a few years now, and are planning on hitting the road again for this album. Are you guys hitting any cities this time around that you haven't played up til this point?

MC: None that I can think of. At this point we're booking a bunch of dates in the US and Canada and I would say for the most part it's places we've been. We're playing a lot of cities that have been good to us in the past and we're really excited to come back. 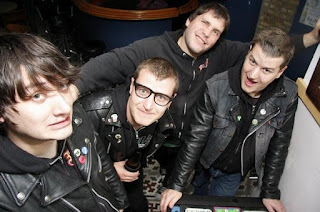 CM:  Can we expect the new album to be released on color vinyl? And can you disclose the color at this time?

MC: I actually have no idea, haha.

CM:  Besides the new full length, you guys just released a limited edition 7" with a couple of Joy Division covers. How did that come about? To be honest, I never would have pegged you guys as Joy Division fans.

MC: The whole 7 inch was Kody's brain child. He mentioned wanting to do a few Joy Division tunes and that Clearview was interested in doing a limited 7 inch. I think we all liked the idea of doing something sort of off the beaten path and covering a band most people wouldn't expect us to like. We tracked the tunes at our practice space/studio at Brandon's house and sent them to our friend Felipe at Green Door Recordings in Denver to mix and I think they turned out pretty rad! Clearview doesn't do many releases these days, but when they do they go all out. The record and packaging will stoke record nerds such as ourselves.

CM: Can we expect any other releases from TBR in 2012 whether it be another 7", some tracks on a compilation or even a DVD at some point?

MC: None planned. We just put everything we had into the new record because it was our first full length in 3 years and we really wanted it to be the best record we could put out. Those will be our only releases this year, but we will be busy touring and playing as many shows as we can! 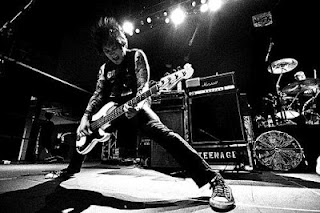 CM: Now the time in the interview where you get to plug anything and everything. Got any websites or bands you wanna plug?

MC:Check out our friends Redbush from Laramie. They're going on a midwest/east coast tour next month and everyone should check them out! Their lead singer JD and I started a punk band called Stat Dad, check that out too.

CM: Thanks again for taking the time to talk with Critical Mass, Miggy. I'm extremely stoked to get the new album in my grubby hands, and of course see you guys live again. It's always a pleasure to talk with you man. Please give my best to band and we WILL be seeing you guys real soon. Thanks again.


MC: No worries Chris. We're always happy to talk to you!
Posted by Critical Mass at 2:12 PM