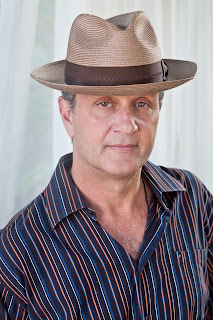 Editors note: I know that most of the artists featured here are in punk bands with the occasional rock n roller thrown in for good measure. But I'm a music lover. All styles of music get me moving, physically and emotionally. With that said, today's artist is a talented guy and a TRUE survivor.  One of my favorite singer/songwriters in the world. Ladies and gentlemen, Mr. Paul Sanchez!

Critical Mass: Thanks for taking the time to talk with Critical Mass, Paul. I know you've been busy lately with the musical, 9 Lives, which you wrote songs for. Can you tell us about the musical and how you came to be involved in it?

Paul Sanchez: 9 Lives is a New York Times best seller written by Dan Baum. my songwriting partner in Los Angeles read the book and thought it would make a great musical. After telling him no a half dozen times I realized it was a wonderful idea. We wrote a song called, Feels Like A Lady, made a demo and sent it to the author, Dan loves music and he dug the songs, he said yes. It took us a year and half of writing. Three months to record Volume One and I have spent the last two months finishing the recording of the 15 songs that will make up Nine Lives Complete which will be released in January.
CM: Will you be taking 9 Lives out on the road to more cities in the coming months? I would love to see it in Chicago. We love you here, Paul.

PS: It is an expensive concert to mount because of the size of the band and multiple singers. If someone wanted to promote a show and spend the money, we would love to bring Nine Lives to Chicago. 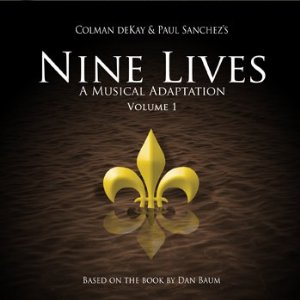 CM: Do you feel that 9 Lives is, not only a celebration of music and song from such a wonderful city, but also a healing process for those affected by the floods?

PS: I don't get to watch the audience at shows but I have been told that it is both cathartic and healing. It isn't just aimed at folks affected by the flood, Nine Lives is not a Katrina story. It is the story of community. how it changed in the forty years between the two disasters known as Hurricane Betsy and Hurricane Katrina, How that community and the lives of those nine people changed in that time. How when the system has failed you, it is the community coming together to help and your own inner strength that pulls you through.
CM: I know Hurricane Katrina is a touchy subject for you being from New Orleans. And if you don't want to talk about it I would completely understand. But I must ask you, do you feel your music, and songwriting in general, has changed since the flood?

PS: After the flood a friend of mine said to me, "you can be a better man or a worse man, but you can't be the same man." I have changed in many ways, musically, personally, emotionally. I became aware of how important my musical roots in New Orleans. I took lessons in traditional jazz guitar playing so I could explore new directions as a songwriter. I am aware of how brief and precious life is in ways I wasn't before and have written songs at a furious pace putting out six CD's since the storm.  I am trying to be a better man a better husband and a better artist. 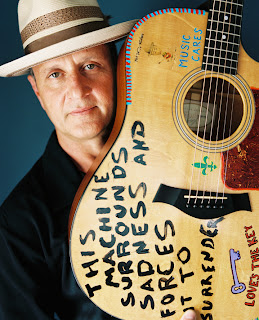 CM: You have played and recorded so many different styles of music over the years, and WELL, I might add. From rock n roll, to singer/songwriter acoustic to jazz. Who are some of your personal musical influences?

PS: Frank Sinatra is one of the greatest singers ever. John Lennon as a songwriter, artist and as a man who tried to live in love. Bob Dylan, Louis Armstrong. Songwriters, John Prine, Lyle Lovett, Randy Newman, Roger Manning, Alex McMurray. I know hundreds and hundreds of songs because I just love a good song.
CM: You were an integral part of Cowboy Mouth for a number of years, writing some now classic songs like "My Little Blue One", "Hey Bartender" and "Laughable". Now that you're on your own on a full time basis, do you still enjoy playing stripped down versions of those songs?

PS: I play them solo, always did. All three of the songs you mentioned were recorded on acoustic guitar by me before there ever was a Cowboy Mouth. They came out on the CD's "Jet Black And Jealous" and "Wasted Lives And Blugrass". I also play with a great bunch of folks in Paul Sanchez and The Rolling Road Show and we play some of my older stuff so I still do full band versions as well. I have a new release in November with the band that will include new versions of Light It On Fire, Louisiana Lowdown and Blue and The Stars Remind Me Of You. 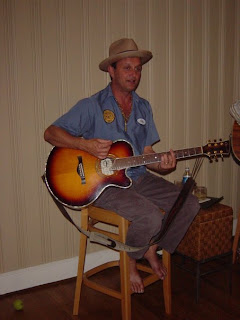 CM: I know the split with Cowboy Mouth wasn't on the best of terms when it happened. Have you talked with Fred or JTG since then? And do you think that maybe somewhere down the line there may be a reunion of sorts with you three playing together again?

PS: I didn't have a problem with Fred or Griff, I had a problem with the manager they chose, they wanted him more than me so I left. Since then, Griff and I talk now and again, we may even play together some day but Fred went out of his way to be cruel to my wife and me and we haven't talked in five years. There is no chance of a reunion mainly because I am not that person or player anymore, I can't go back to high school and neither can you, even if it was fun. I am busy with new music, new people and a new life.
CM: Now, not only are you a talented singer, songwriter and guitarist. But now you can add author to that list with the release of your first book "Pieces Of Me" that came out in '09. How did the book come about? And are there any plans to release a second volume of stories?

PS: The book was an accident. Blogs of mine that someone edited and turned into a book. Perhaps another accident will occur. 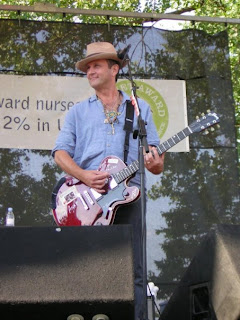 CM: Your last album "Bridging The Gap" was recorded with Shamarr Allen on trumpet. How did you and Shamarr get together for this amazing album? And will we be seeing more collaborations between you two again in the future?
PS: It was Shamarr's idea. He called me on the phone and said, "Uncle Paul, I just saw Johnny Cash and Louis Armstrong on You Tube together. we got to make us a record!" I said great and asked what kind of record he wanted to make. Shamarr said, "we'll do old peoples music like you like, and I'll sing it, and we'll do young people's music like I like and you sing it." I thought it would be a great chance for me to teach Shamarr how we used to make pop records when I was young , and I did. But he taught me just as much about how records are made now. When he taught me the song "Heartless" by Kanye West he made me sing it line by line so he could show me how to sing hip-hop phrasing. It took me a couple of days but then I realized that the phrasing was similar to reggae or ska music in that the beat of the song stays the same but the melody skips and grooves and that is where the song gets it's feel. 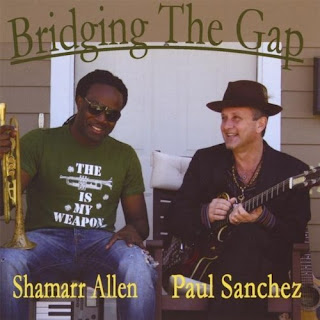 CM: With 2011 drawing to a close, and a lot of time and hard work going into 9 Lives this year, what can we expect from Paul Sanchez in 2012?

PS: Paul Sanchez and The Rolling Road Show record called, Reclamation Of The Pie-Eyed Piper comes out in November. In January, Nine Lives: A Musical Story Of New Orleans, all forty songs will be released. I plan on recording an acoustic record in February. Keeping the music flowing.
CM: Is there a website that you would like to plug? Where fans can get up to date info on 9 Lives, new releases and merch?

PS: Nine Lives has a wonderful page on Mystery Street Records, Threadhead Records and my own site where there are dozens of streaming songs, videos and press dating back to 1983.
CM: I can't thank you enough for taking time out of your busy schedule to talk with Critical Mass, Paul. It truly is a pleasure for me to talk with you. I want to wish you, the cast and crew all the BEST with 9 Lives. And I hope we get you back to Chicago again real soon. Thanks again.

PS: Thanks. Chicago is one of my favorite cities in the world and I play there as often as I can. Thanks for giving me a chance to talk about and share my music. 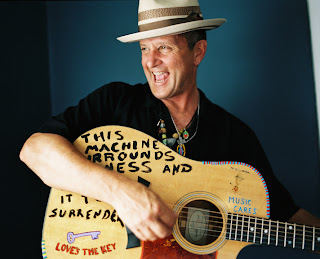 Posted by Critical Mass at 7:22 AM