Interview with Sparrow from Grand Perceptor 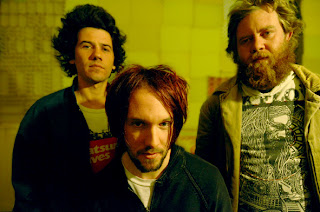 Critical Mass: Thanks for taking the time to talk with Critical Mass, Sparrow. I greatly appreciate your time. For all the folks here in the states and around the world who may not know much about Grand Perceptor, can you give us a little history on the band and how you guys got started?

Sparrow: In the beginning, there were three human embryos. They formed separately within the wombs of three different women. During the first few weeks in an embryonic state the beings were neither male nor female. Later it became clear that they were all male. Long after birth, each of the boys attended the same high school, yet because of their differences in age, they were almost unknown to each other during this time. It was during this period that they each came across rock music, with it's wailing guitars, thumping drums and general angst. From here all roads lead to Grand Perceptor.

CM: I recently reviewed your latest EP "Invasions" and found it quite refreshing and original. Is this the bands first release?

Sparrow: INVASIONS is our first cannonball shot into the music universe. 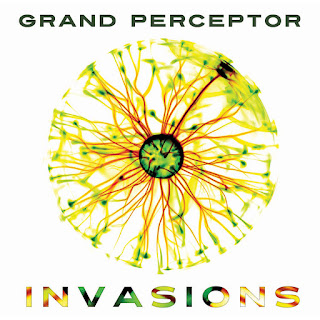 CM: The lyrical content on "Invasions" range from social commentary to alien invasions. How do these topics tie into the band as a whole? Do you guys believe in life on other planets and that "big brother" is possibly watching our every move?

Sparrow: It is my understanding that everything is simply energy in different forms and all that you could possibly imagine, all exists. Extraterrestrial life and big brother are issues relevant to humanity now. They are generally treated as fiction for entertainment purposes only. I would like to present issues fictionally to encourage thought and discussion on these and various other topics.

CM: Who are some of your personal musical influences? And do you feel those influences come out in your songwriting and playing?

CM: When it comes to songwriting, is it a band effort? Or is there one primary song writer, lyrically and musically, in the band?
Sparrow: We all work together on the songs musically but all lyrics are written by me. We've all spent many years at open mics and jam parties that go till the sun comes up so that has given us a good grasp on wild improvisation. We record big jam sessions as capturologies and listen back through while piecing together new sounds that may make a great song. 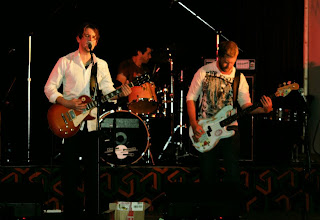 CM: Being from Melbourne do you guys tour much outside of Australia? And is there any plans in the near future for a possible tour?

Sparrow: We haven't toured outside of Australia yet but we're certainly excited at the idea and we have plans for that among our mountain of plans. We have heads full of ideas and it's a lot of work just sorting through that and choosing what to put into action.

CM: Is there any new material in the works? And will we be seeing a new EP or possible full length in the new year?

Sparrow: Totally! There is a heap if material we're working on that I'm excited to get out and we have some tracks we'll be releasing as singles when we feel the wind is blowing in the good direction.

CM: Is there a website you guys wanna plug where we can get up to date info on new releases, live dates and merch?

Sparrow: Visit www.grandperceptor.com and sign up to our email list, then you'll get all the best news first.

Also, check out our Comic Book, it does contain details which may not make sense to non-Australian readers, but give it a go. 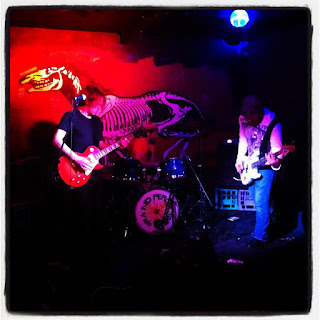 CM:  Thanks again for talking with Critical Mass man. I really enjoyed "Invasions" and I hope we can get you over to the states at some point for some live dates! I would love to have you in Chicago eventually! Cheers to you and all the best for the future. Thanks guys!

Sparrow: Thanks! Has been great talking to you. We'd love to visit Chicago and do some shows there.

***Editors note***
Be sure to check out the bands latest video "Monsters" HERE.
Posted by Critical Mass at 8:38 AM