Interview with Ian Tomele of Voice Of Addiction 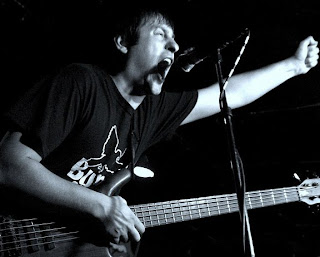 Critical Mass: Thanks for taking the time to talk with Critical Mass, guys. For everyone new to V.O.A., can you give us a little background on the band and how you got started?

Ian Tomele: Voice Of Addiction has been around about 8 years now and done over 500 shows throughout the U.S. and eastern Canada. It was started by our old guitarist Jeff and I who had been playing music since middle school in the Cleveland area. He moved to Chicago before me and slowly convinced me to go to music college here. When I move here we also had a drummer living in our house who would one day be our first (and fifth haha) drummer. It was just jamming for a long time, since we were all so busy with college and full-time jobs. But once we found we had a set of music we could play live we decided to start playing around the city. We first did this under the name "Niche." circa 2002-2004. The music was a lot different back then. We were learning so much in school we were combining all sorts of styles. As we got more serious we knew we had to pick a new band name that wasn't already being used. I also wanted to condense our style and focus more on my punk roots. My lyrics have always had a political edge to them. And with the new band name we decided to fully-embrace this. Feeling everyone is addicted whether it be sex, drugs, greed, power, caffeine, religion etc; we want to put these things on the table for discussion that are often ignored. We have 4 releases out now and a couple handfuls of comp's we have been a part of as well. As I also mentioned we had a drummer curse for a long while, but our sixth and current drummer Andy Bobby, has been with us over three years now with most of our shows under his belt. We recently teamed up with a new guitar player, Kyle Tilev. And although we just released a full-length last summer supported by a full U.S. tour, we are already working on new songs.


CM: I hear so many styles and obvious influences in the bands sound. In your own words who are some of the bands musical influences?

IT: Our influences are super all over the place. I have an extensive list on our website for anyone who cares to look.
Every year we become a different band for Halloween and do a slew of shows, so some of the bands we have become are for sure major influences. Three years ago we became Operation Ivy. Being a bass player this was great to be Freeman, other then the fact I did all the vocals as well. Then we were Descendents, one of my favorite all time bands. Their musicianship and melodies were so far above the rest of the punk scene at the moment. Then the Clash. We did all their old school stuff. I have been described vocally to Joe Strummer most of my life, and everything he did has been an enormous influence on me. Next year we are talking about doing Dead Kennedy's but it isn't official. But I/we listen to lots of other music other then punk. Pretty much the whole spectrum of music is represented in our extensive collection in our tour van. Cuz you never know what you might be in the mood for. All three of us are classically trained so it becomes quite eclectic. However, non-music influences are extremely important in our process as well. I believe inspiration is everywhere. You just gotta keep perspective and when it hits you make sure you record or write it down! Too many times I regret forgetting something I swore was the best idea ever. This could be as simple as a melody heard in nature (urban or rural) or just a thought of thematic material, a certain lyric or line etc. I draw heavily from my past experiences and also what I am witnessing and taking part in around me. 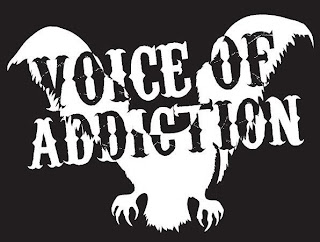 CM: On your latest album "Reduce, Reuse, Resist" you guys play some serious heavy tunes like "Wrecking Ball" and "Warriors", but can also throw in some powerful melodic tunes such as "September Remembered". Was it the bands intention to try and mesh all these styles of music onto one solid album? Or did it just come naturally for you guys?

IT: I am more concerned with energy then style necessarily. Punk is the vehicle, the proponent, the idea that propels our message. We are really into melodies and harmonies and meshing these vocally and musically. These are the things that get stuck in peoples heads. Regardless to how "heavy" or such a song is we maintain these elements. But I don't want the songs to sound the same on the album either. I encourage people to listen to it in its entirety, something rarely done these days. I don't want the songs to sound like a broken record. The Punk genre is so diversified with the last 35 some odd years, we really have almost unlimited places to go. The important thing is the punk ideal. Our latest effort "Reduce Reuse Resist" was a concept album of sorts. With songs like Constant Pollution about the BP oil spill in the gulf, to September Remembered about the Anarchist Revolution in Spain in 1936,  Bombs Away written from the first hand perspective of a bomb being dropped on a foreign land, and Mother about people coming to our planet in the future and trying to figure out why nothing lives here. This all ties together with the last song, which is the only acoustic song we have ever released, in which I use nearly all the song names throughout the song to tie everything together. Aptly titled "Need Change" has a double meaning, monetarily and socially.

CM: Speaking of songs, when it comes to songwriting, is it a group effort or is there one primary songwriter in the band?

IT: I am the primary songwriter but the process doesn't end there. It usually starts with an idea: Lyric, Vocals, Guitar, Keyboard or Bass. Either the inspiration hits me and I finish the song with new ideas or perhaps pre-existing ideas. Or I will put it on the shelf for future things. But once I get the last spark the entire process of song-writing it as well as the lyrics is very short, maybe 25 minutes. Like I mentioned earlier I never know when or where inspiration will hit so I always try to have pen and paper on me to etch it down. But trust me, the song isn't nearly finished yet. This I would consider the skeleton. I bring this to the guys and teach them the song. So usually when we all try it together for the first time it is the first time I have thought about the bass line. For some reason that always seems to be the last thing. But as this happens we all are coming up with new ideas. We always try every idea regardless of how stupid at least once. So all the harmonies are usually conceived during this period as well. 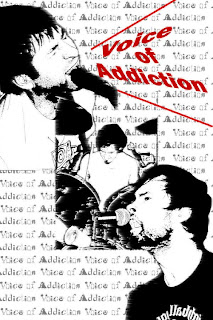 CM: I know the band is based out of Chicago and has played out of town as often as possible. Have you guys ever been approached about going out on a full scale tour as a supporting act? And are there any plans for a tour of your own in 2012?

IT: As well as running the Chicago punk night for over 3 years, we do get to open for nationals in Chicago when not on tour. Almost all our full-scale tours have been our own. Except for one we did half of with a band from Quebec. We have done shorter joint tours (2 weeks or less) with other bands but nothing else on a major scale. It is really hard with multiple out of town bands on bills in this economy and especially if its a weekday show. We are definitely not opposed to jump on as a supporting act for a national on a tour, the right ones just haven't asked yet. Literally a month ago we got a new guitar player and being only a three piece it makes the position that much more integral. I am about to start booking spring. Of course throughout the Midwest, but the east coast will be a main focus this year. V.o.A. will for sure return to Denver and Texas, and really hope to get all the way west again this year (were there last August) time permitting.

CM: Ben from The Enders has said "they will crush you live!" When you hit that stage do you feel that the energy that comes through on record can be just as strong, if not stronger, in the live performance?

IT: The live performance is really the only way I see artists, especially in our genre, being able to make it these days with the current music industry climate. This is our main exposure and also where we sell most of our merch. Live shows have been our main focus for years now and we play as much as we can afford. Being onstage is the ultimate release for me. We live in a violent world and it can be quite depressing. This is my way of coping I suppose. I got hooked as a kid and have never looked back. We also really encourage crowd participation, inviting people on stage to sing and dance. I don't really like the separation the stage enforces. The best shows are when people can freely interact, dance, sing and have a blast. This experience is as much for me as it is for them and is truly therapeutic. I do think this energy comes through on the record, but at the same time I wouldn't say it is the same. You never know what will happen live and you gotta be prepared for it and pretend its the last day you will be alive.

IT:We are currently starting to work on new material with our new guitar player. We hope to be working on this the end of 2012. However there are several compilations for 2012 already in the works! As we get our new schedules down, with tour dates, new merch, new recordings etc I will keep everyone up-to-date through our websites and social media.

Our official site is http://VoiceOfAddiction.com this is also where our extensive merch store is:
Many T shirts, buttons, patches, Cd's, Vinyl, shot glasses
This site is also were we recommend people to purchase our albums physically and digitally. It will be the cheapest for you since we don't have to give anyone else a cut.
Some other sites I often use: www.facebook.com/VoArockers     www.reverbnation.com/VoiceOfAddiction      http://twitter.com/VoArockers 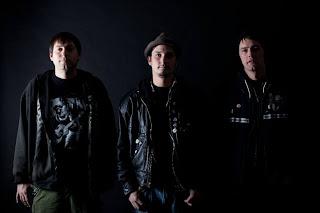 CM: Thanks again for taking the time to talk with Critical Mass. For a guy who's never been much for the political side of punk rock, your band has really opened my eyes and ears to what great music can be made, if done right! All the best to you and I hope to hear more from V.O.A. this year! Thanks guys!

IT: Thanks again dude. We really dig all the shit Critical Mass is doing as well, Cheers!
-Ian  JohnnyX    V.o.A.

Posted by Critical Mass at 8:16 AM