Interview With Rocco from Bankrupt 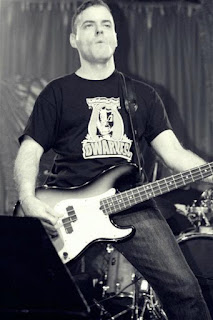 Critical Mass: Thanks for taking the time to talk with Critical Mass, Rocco. I'm hoping everyone had a safe New Year. For anyone who may be new to Bankrupt, can you give us some history on your band? How did you guys get together?
Rocco: We are Bankrupt from Budapest, Hungary. We started the band back in ’96, and the current line-up (Rocco - vox/bass, William – guitar/vox, Shorty – drums) got together in 2000.
300 gigs and 6 CD releases later we’re still having fun doing this.
CM: You have such a great sound and style ranging from pop/punk to surf and rockabilly. Who are some of your musical influences?
Rocco: We love all the classic melodic punk bands, the Ramones, the Clash, the Descendents, the Buzzcocks, and also more recent ones like the Dwarves, or NOFX. Since we love the Ramones, we tend to like Ramonescore bands like Teenage Bottlerocket, or our Austrian buddies, the DeeCracks.
Then we also like punkabilly bands like the Peacocks or Mad Sin, or British indie bands like the Manic Street Preachers or Pulp. Plus lately I have this surf rock fixation, from Dick Dale to Man or Astroman.
Now, you add all these up and you get Bankrupt. 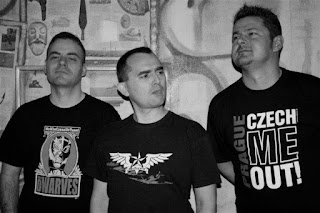 CM: The bands newest EP "Rewound" came out recently and has a more surf orientated sound than your older albums. How do you guys feel your sound has changed since your last release?
Rocco: We think the last 4 releases all turned out good, and they all have a different character. Shorter Than Danny DeVito (2006) is mostly a pop/punk album, Rocket To Riot City (2008) has a rawer punk rock sound and some of our fastest songs. Razor Wires And Neon Lights (2009) is our most political release, it deals with how the East-West divide survived in Europe 20 years after the fall of the Berlin Wall.
The new EP, Rewound is a return to pop/punk with the addition of surf and indie rock elements. It was an experiment about how far we can go with cleaning up our sound without getting stoned by the punk community, but apparently, we could get away with it. And now we really sound different from most pop/punk bands, which feels great. 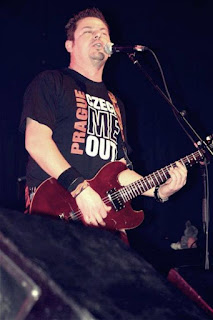 CM: You guys have decided to give away your new EP as a free download, and have gotten over 500 downloads to date since the October release. I think it's a really great release, myself. Super catchy and a lot of fun. Whats the feedback been like from other people?
Rocco: The reviews we got so far were good, and it seems we could reach out a little beyond the punk rock scene with this sound. We got some positive feedback from the indie and the surf scenes as well. We got some support slots to a leading Hungarian alternative rock band, Kiscsillag, and we were wondering how their audience would react to our sound. But these gigs turned out surprisingly good as well.

CM: When it comes to songwriting is it a group effort? Or is there a primary songwriter in the group?
Rocco: I start the songwriting by doing demo versions, and then we finalize the songs together at rehearsals. 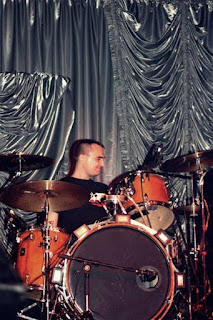 CM: Have you guy's toured outside of your homeland in the past? And are there any plans for a tour in 2012?
Rocco: We have played over 300 gigs in 9 countries so far. We mostly played in Central Europe (Hungary, Austria, Germany, the Czech Republic) and also a few in other nearby countries like Italy, Croatia, Slovenia, Slovakia and Serbia. Since we all have real jobs, it’s hard to organize longer tours. We usually just embark on 2-3 day concert trips on weekends, so the lyrics of Weekend pretty much apply to us as well.
So far we only have 2 Austrian dates confirmed for 2012, so if by any chance anyone reading this could help us with booking, don’t hesitate to contact us!

CM: Speaking of 2012, what's the bands plans for this year? Are there any plans for another release this year? Possibly a full length LP?
Rocco: We’ll most likely stick to recording 4-5 songs at the time as this is the amount we can concentrate on without compromising on quality. Since in our league free downloads have become the only way to get your music out to the people, we don’t see the need to record more songs anyway. We’re people with short attention spans and the same goes for most of our audience. 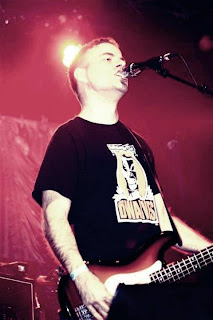 CM: Is there a website you wanna plug where fans can get up to date news on upcoming releases, gigs and merch?
Rocco: We have a website where you find all the info you need. That’s where you find free downloads as well as great package deals for T-shirts and CDs in our webshop.

CM: Thanks again guys for talking with Critical Mass. I absolutely love the new EP and am stoked to hear more from you in the future. I wanna wish you all the very best in 2012! Thanks again guys.

Rocco: Thanks for interviewing us, and we also wish you and your readers a Happy New Year! 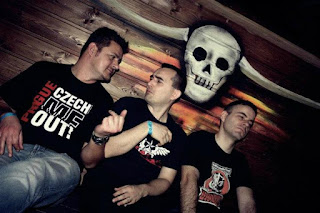 Posted by Critical Mass at 7:46 AM