Interview With Marien Nicotine from The Windowsill 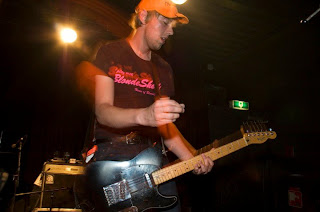 Critical Mass: Thanks for taking the time to talk with Critical Mass, Marien. For people out there new to The Windowsill, can you give us a little history on the band on how you guy's got started?
Marien Nicotine: Hey Critical Mass. The history of the band is that after I quit the Apers in 2007 I never stopped writing songs. A lot of the songs I was writing were in the tradition of the ones I used to write for the Apers. So when I had about 20  I could actually sing well, I asked my old band buddies Jerry Hormone (who quit the Apers in 2004 or 05, can’t remember) and Ivo Backbreaker (still playing drums in the Apers) if they had the time to come and rehearse some songs with me. After rehearsing for a couple of months it was time to record, then it was time to release, after that it was time to play live….and here we are now. We asked Sander (who was previously in the Accelerators from Holland) to play second guitar.
CM: The bands new self titled album just came out, and it's a great record front to back. Is this the bands first release?


MN: Yeah, first release. We recorded 14 songs and 12 made the record. There are two songs on the record that have been released before. ‘She Wasn’t Lying’ was on the Stardumb Sampler #50 and ‘Summer’s Almost Over’ was on a internet download-only compilation Punk Rock Pot Luck Volume V. Everything was recorded in our rehearsal room by the way. All credits go to Simon Speechless for making the album sound the way it does. 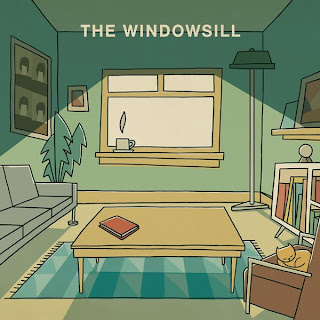 CM: Marien, as you mentioned earlier, you were in the band The Apers for a number of years playing on such classic recordings as the "Eyes Open Wide" single and "The Buzz Electric" album. Why did you leave The Apers? And are you still on good terms with the band?

MN: I’m on excellent terms with the band. Of course there was some awkwardness just after I announced I wanted to quit. I mean, I am a founding member and wrote half the material back then (the ones in your question for example), everybody had to figure stuff out…… But the weirdness disappeared very soon I think. And now, I mean, it’s been almost 5 years.
I quit the Apers because I was tired of the band and of myself. I was tired of doing the same thing week after week, year after year. And especially the endless touring.
I remember waking up in some house without windows somewhere in Europe on the floor with the electro dance party on the other floor still happening and we had to drive 10 hours to the next show. There I thought, ‘I need to get more comfy than this’. 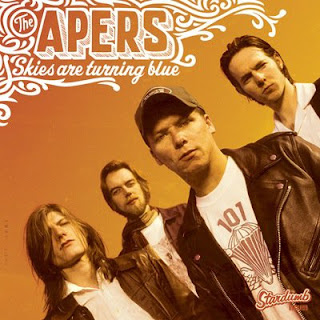 CM: With the new album just released, will there be a tour to support the album?
MN: Uh no, unfortunately not, the downside of getting more comfy is that you have to work to pay for that. At the moment we don't have the time to do a serious intercontinental two-months album tour. Jerry is busy being the most published children's writer in the Netherlands (no joke), Sander is finishing school, and Ivo, well, he's probobly waking up on some floor in Europe at the moment in a building without windows. No just joking, the Apers are on tour right now actually, but they get hotels and free weed nowadays, so don’t worry about them.
Hopefully the Windowsill will be doing some random shows, or short one-week, two-weeks tours…sometime

CM: Besides CD, the new album is also gonna be available on vinyl. Was it the bands intention all along to release it on vinyl? Or was it a last minute decision to put it on wax? And will the vinyl copies be colored?


MN: Actually, the vinyl came first. I’m a medium vinyl collector myself, so if there was gonna be a release, it had to be on vinyl also. Stefan at Stardumb Records wanted to help out, so that was easy. Later on I asked Kevin (Aper) if he wanted to do the CD on Monster Zero Records, and he said yes also. Great guys, both of them.
About coloured vinyl, someone once told me that coloured vinyl sounds sucky compared to black. That kind of always stuck with me, so no coloured vinyl. 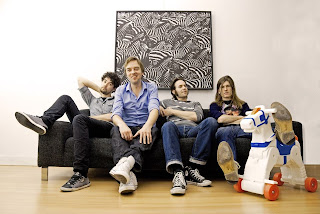 CM: Your record release show was with non other than former Leftovers frontman Kurt Baker. Was this the first time you guy's played with Kurt? And do you think there will be more gigs with Kurt later on?
MN: I met Kurt when the Leftovers were doing the album tour for ‘Stop Drop Rock n Roll’, somewhere in 2005 maybe?, the Apers did a couple of shows with them. After that we met a couple of times more in the States and in Europe, when we were touring there or he was touring here with the Leftovers or by himself. He actually sent me the second Rooney album before it was out in Europe. I like him a lot, and he’s very talented.
We would love to do some shows with the Kurt Baker Band. I met Kris, who plays the piano last year when Kurt was being backed by Radio Days from Italy on his European tour, and Geoff who plays guitar in Kurt’s band is no stranger also, cause he was over in Europe with the Guts a couple of times too. The other guys I don’t know so well, but they seemed nice.
CM: I hear so many influences on the album. In your own words who are some of your personal musical influences?
MN: I guess there are a lot of bands we get influenced by, in no particular order: Thin Lizzy, Tom Petty, Screeching Weasel, Kinks, Ramones, Buddy Holly, Parasites, Fountains of Wayne and a whole lot more.
Just good songwriters in any genre… 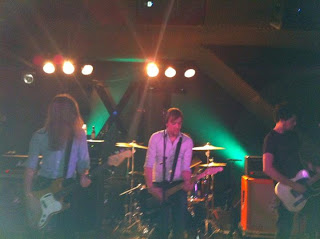 CM: Is there a website you wanna plug where we can get up to date news on gigs and merch?
MN: Yeah, you could go to our Facebook to get some news and updates, but more fun is to name the other stuff we are doing.
For example, when Jerry Hormone takes over the microphone in the rehearsal room we are called ‘the Rubber Hearts’. It’s short songs, fast, poppy punk rock, with usually just one or two riffs. Expect an album early 2012. Then there is Giant Eagles, another band I’m in with Speechless and Ivo. It’s gonna be 80's Ramones (so with synths). Expect an album hopefully early-ish 2012. Also check out the Accelerators who are recording a new album right now. And don’t forget The Apers who will record in 2012 I guess.
CM: Thanks again for taking the time to talk with Critical Mass guy's. I love the new album and am looking forward to reviewing it for Critical Mass as well. I wanna wish you and the band all the best with the album and shows. And I hope we get you guy's out to Chicago soon for a show or 2! Thanks again, Marien.
MN: Thank you, and best regards 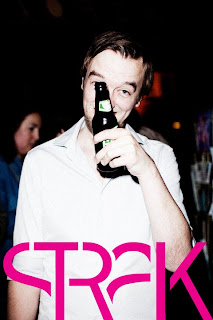 Posted by Critical Mass at 8:39 AM